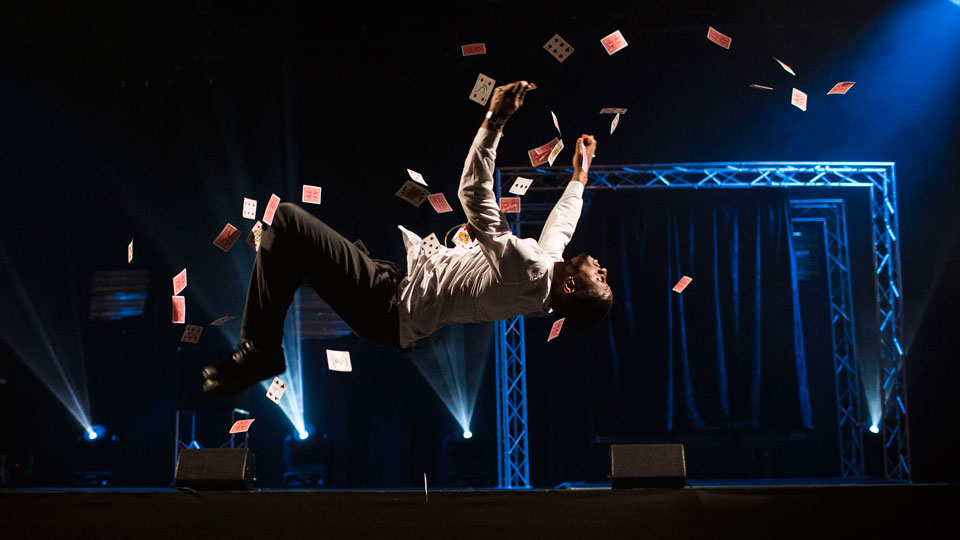 World-class magicians and illusionists astonished audiences today at the launch of brand new West End show Impossible. The biggest magic show London has seen in decades is set to thrill audiences at London’s Noël Coward Theatre this summer when it opens on 24th July. Spectators at the launch event were given taste of what’s to come as the magicians performed a number of dumbfounding stunts, from Houdini’s death-defying water tank escape with a 21st century twist to contemporary street magic.

Celebrating its global premiere this July in London, where Harry Houdini and the superstars of illusion stunned Victorian audiences on stage, Impossible will re-establish the UK capital as the epicenter of innovation and spectacle, hosting the greatest magic show on Earth. Directed by Anthony Owen, the multi-award winning producer and magic consultant behind Channel 4’s Derren Brown, Impossible brings world-leading performers together live on-stage for the very first time. Featuring a stunning range of magical artistry from astonishing acts of epic proportions to dumbfounding up-close sleight of hand, be ready to be mesmerized and baffled by these incredible illusionists.