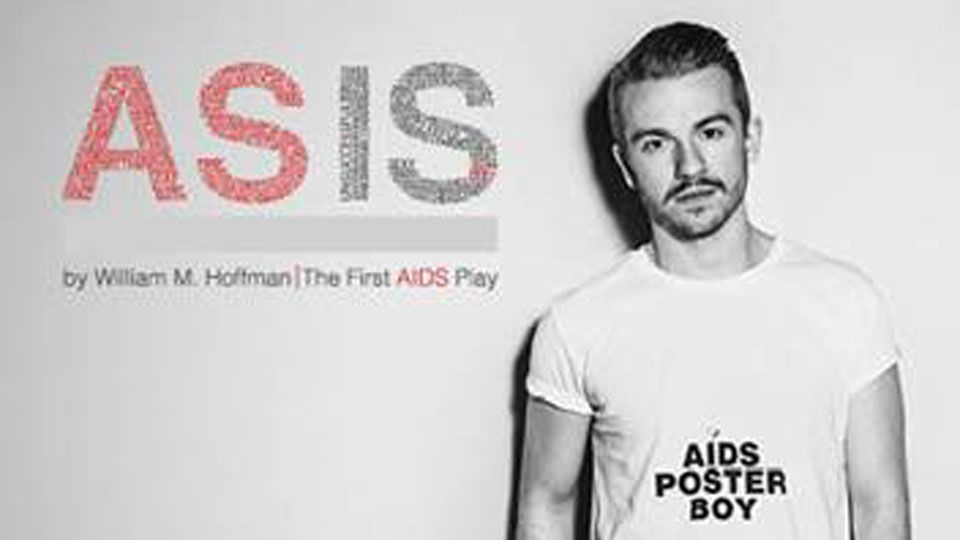 After a sell-out run at the Finborough Theatre in 2013, William M. Hoffman’s As Is now transfers to Trafalgar Studios with a stunning new cast and design. Using humour and sensitivity, As Is shatters the apathy and ignorance surrounding AIDS in the 1980s. Celebrating its 30th anniversary since first opening in New York, where it was hailed by critics as the most powerful play of the year, the significance and urgency of As Is has become even greater as more people than ever before are contracting HIV.

Steven Webb (House of Boys, The Inbetweeners, Betwixt) and David Poynor (The Tempest, Peter Pan, As Is) lead this stellar cast, reunited after appearing together in The History Boys at the Royal National Theatre in 2006/07.

This production provides a vital platform to learn from the past and be informed by the present. There will be a vast array of wrap-around activity including offering rapid HIV testing in partnership with 56 Dean Street Sexual Health Clinic to all those who attend the production along with debates, Q&As and education seminars with eminent speakers exploring subjects concerning those affected by HIV and AIDS. These events are held in partnership with organisations such as the Make A Difference Trust, Terrence Higgins Trust and other notable charities.

Multi-award winning director and HIV/AIDS campaigner Andrew Keates comments, “When I first directed As Is there were three reasons why I wanted to mount a production of this extraordinary play. Firstly, because it is an authentic immediate response to the HIV/AIDS crisis. Secondly, to honour all of those who were lost to AIDS during those impossible times and, lastly, because if as a result of seeing As Is even one person was inspired to get tested for HIV and discovered they were positive then they could receive the vital treatment they needed. I had never dreamed that person would be me (as I spoke about for the MAD Trust at last year’s West End Eurovision). Since my diagnosis as HIV+ it has become my life’s work using the arts to educate and inspire those who may be too frightened to learn the facts and history about HIV and AIDS.”

You can find out more and book tickets on: www.atgtickets.com/trafalgarstudios.

In this article:Andrew Keates, As Is, Trafalgar Studios, William M Hoffman