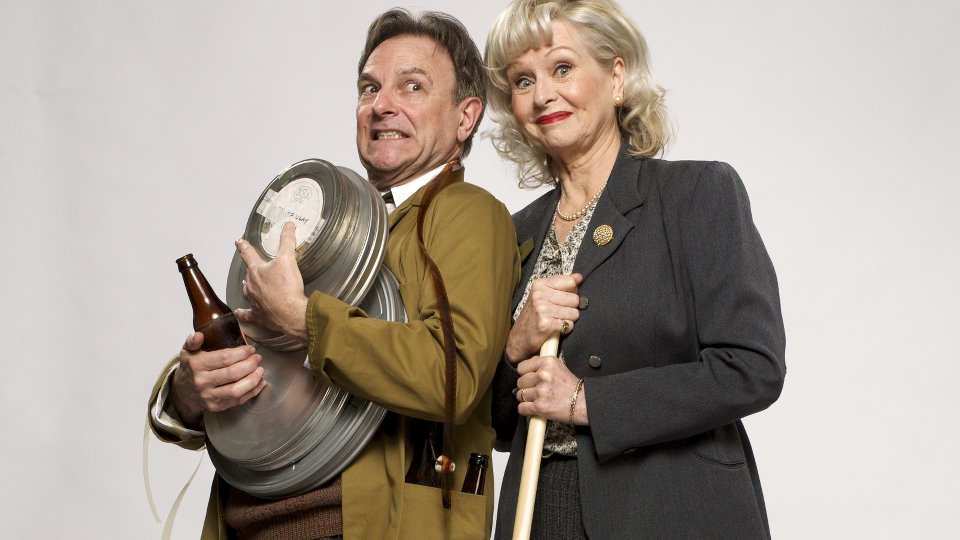 Liza Goddard and Brian Capron will lead the cast for a new touring production of The Smallest Show on Earth.

With a book by Thom Southerland, who also directs, and Paul Alexander, The Smallest Show on Earth is a new musical comedy based on the StudioCanal Peter Sellers/Margaret Rutherford film. It contains some of Irving Berlin’s greatest songs, including Blue Skies, Shakin’ the Blues Away, Let Yourself Go, Steppin’ Out with my Baby and How Deep is the Ocean, as well as some rediscovered gems.

The UK tour of The Smallest Show on Earth will begin performances on Friday 25 September at the Mercury Theatre, Colchester, before playing Coventry, High Wycombe, Glasgow, Plymouth, Crewe, Swansea and Malvern.

Newly-weds Matt and Jean Spenser inherit a cinema and think their fortune is made. But the Bijou, better known as the fleapit, is the victim of a dirty tricks campaign from its rival flashy neighbour The Grand. The Bijou’s benevolent manageress Mrs Fazackalee and unreliable projectionist Mr Quill combine with Matt and Jean to outwit the opposition and restore the Bijou to its former glory.

The cast of the new musical comedy will be led by Liza Goddard (Take Three Girls, Bergerac, Grandpa in my Pocket) as Mrs Fazackalee and Brian Capron (Coronation Street, Where the Heart Is, Grange Hill) as Mr Quill. Also in the cast will be Haydn Oakley as Matthew Spenser, Laura Pitt-Pulford as Jean Spenser, Ricky Butt as Ethel Hardcastle, Philip Rham as Albert Hardcastle, Christina Bennington as Marlene Hardcastle, Sam O’Rourke as Tom Fazackalee and Matthew Crowe as Robin Carter, with Leo Andrew, Jacob Chapman, Matthew Dale, Nova Skipp and Leah West.

In this article:Brian Capron, Liza Goddard, The Smallest Show on Earth