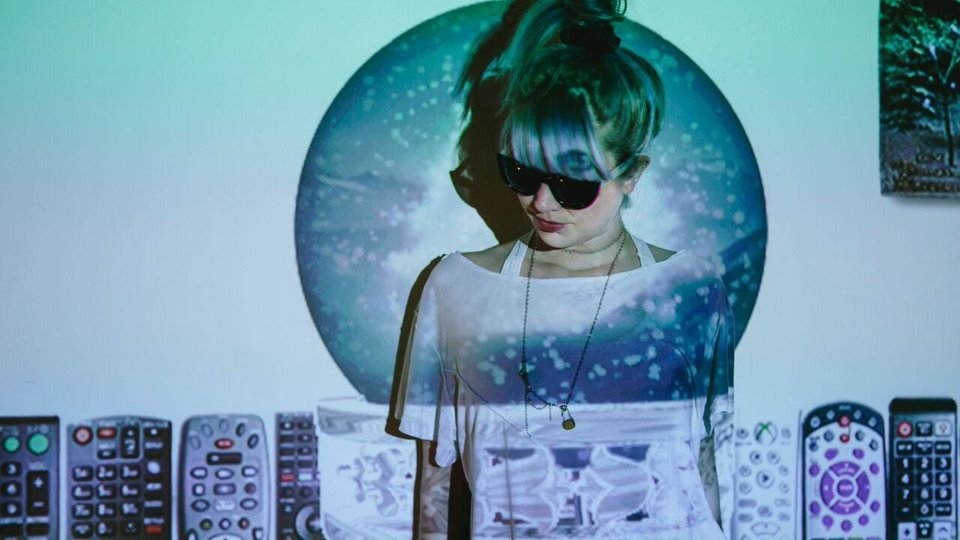 Since releasing the album, The Future Void last year, EMA has expanded to all sorts of mediums to express her art, creating politically-charged singles on NewHive and scoring Chloe Sevigny’s upcoming horror movie.

After a year of touring and performing on the Late Show with David Letterman, Anderson is ready for some more of her non-traditional performances. Earlier in the year she worked with collaborator Zach Krausnick at MoMA PS1 in New York to create I wanna Destroy a live VR or improvised virtual reality. Using a Microsoft Kinect to track her movements in real time, Anderson performed a new song cycle while audience members explored a bespoke virtual environment and her avatar morphed between a blonde replicant and a reptilian known as SnakeMan.

Now Anderson and Krausnick will be in residence at the Barbican for performances at Station to Station festival from 5th till 7th July. Anderson says that suburban is a state of mind rather than a geography, and sacred objects can be practical or decorative, old or new, prominently displayed or hidden away.
You can submit your own sacred objects on NewHive with the tag #sacredobjects or via email: sacred@iwannadestroy.com