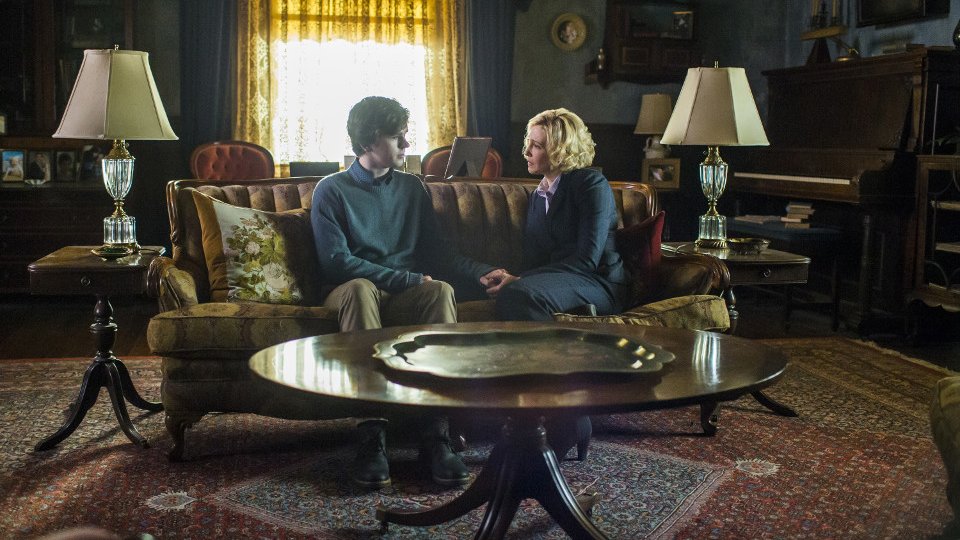 Norma (Vera Farmiga) and Romero (Nestor Carbonell) continued to dance around the will they/won’t they question in the penultimate episode of Bates Motel’s third season.

Tension between the two reached fever pitch after Norma learned that Romero had turned the flash drive over to the DEA. His actions put Norman (Freddie Highmore) in jeopardy thanks to James (Joshua Leonard) telling Bob (Kevin Rahm) all about the youth’s murderous behaviour. In a bid to find the USB stick, before discovering it was with the DEA, Norma and Romero came close to kissing but she pulled away.

Elsewhere in the episode Bradley’s (Nicola Peltz) return reignited Norman’s passion for her, Caleb (Kenny Johnson) stole the money he and Dylan (Max Thieriot) were owed following the gun run that went awry, and Dylan gave Emma’s (Olivia Cooke) father the money for her lung transplant. Caleb also decided to leave town but told Norma about Norman attacking him before he did.

The season finale is Unconscious. Emma reacts strangely to some good news, Norma is reaching the end of her tether and Sheriff Romero finally decides where his loyalty lies.