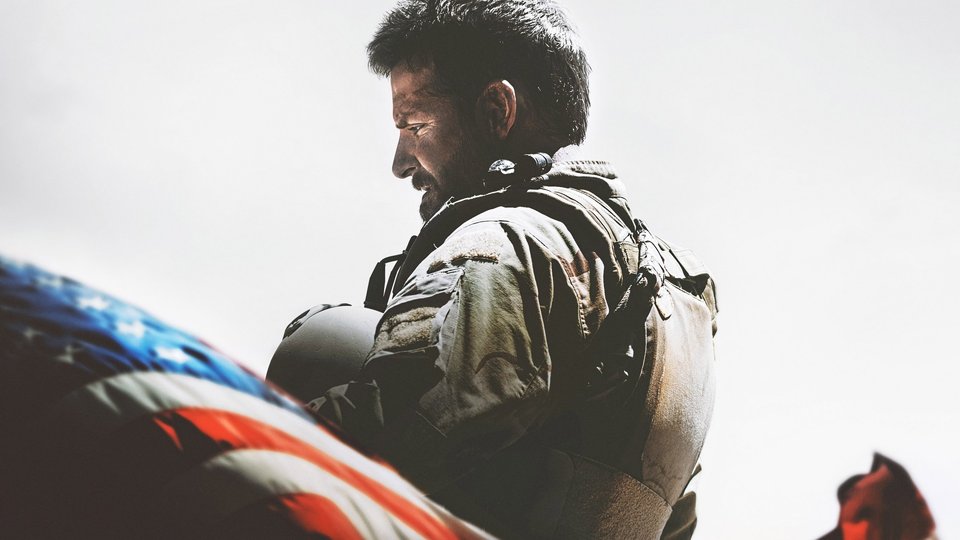 Chris Kyle (Bradley Cooper), a Texan cowboy, decides to enlist along with his younger brother and soon becomes the most lethal sniper in American military history. But for all of his heroics in war, he struggles to adjust to civilian life when he returns home to his wife (Sienna Miller) and kids.

Clint Eastwood delivers yet another accomplished drama in this harrowing biopic. His direction guarantees an involving, deeply emotional story with Bradley Cooper handing in his best performance to date. This remarkable tale of a Navy SEAL sniper proves that life can sometimes be stranger than fiction and stands as a telling testament to the bravery of men and women who serve their country.

Bradley Cooper takes on the role of Chris Kyle and is sensational. He has substantially bulked up in preparation for this role and you suspect that he must have fully immersed himself in the training to do Kyle’s story justice. Cooper deserves awards season recognition for such a powerful leading turn.

The supporting cast are all solid. Keir O’Donnell provides really subtle but moving support as Chris’ younger brother Jeff. The scene where they meet on an airfield between tours is wonderfully constructed, with the horrors of war leaving a noticeable mark on Jeff.

Sienna Miller is a revelation and is quite remarkable as Chris’ long-suffering wife. Steering away from cliché, the role of Taya is so pivotal to the overarching story. Miller handles the complexities of sustaining a relationship through absence and war with assured poise and grace. Her scenes with Cooper are excellent and fully convey the obvious love and the inevitable struggles that their relationship endured.

The shocking, unpredictable finale cements American Sniper as a truly involving piece of war cinema – a film that conveys just how difficult it can be for men and woman who fight for freedom. Chris Kyle’s story is one that deserved a big audience and Eastwood has provided an encompassing canvas for it to be told. With Cooper on this kind of form, American Sniper is an unmissable account of the toll and effect that war has on soldiers and their troubled quest for normality after the fight.