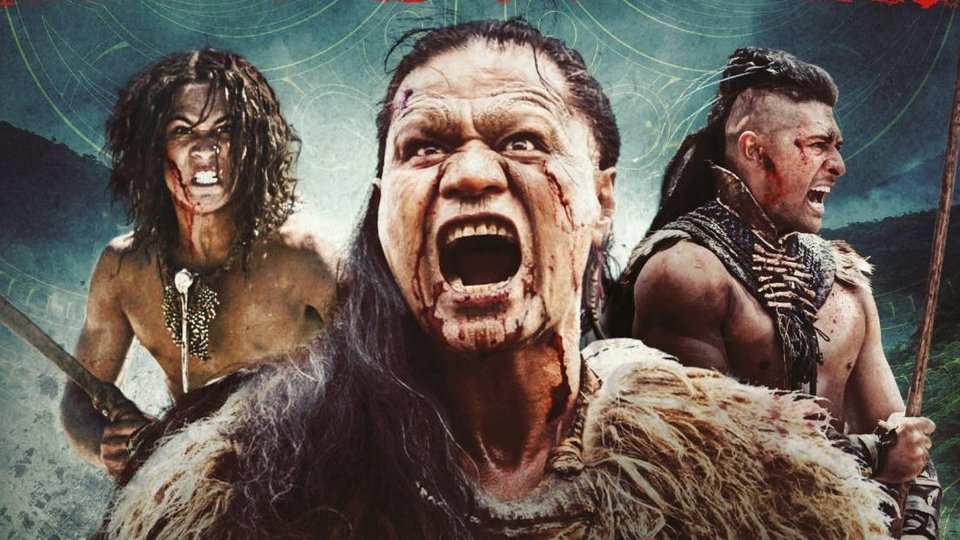 After his tribe is slaughtered due to an act of treachery, the Maori chieftain’s son Hongi sets out to avenge his father’s murder and in turn to bring peace and honour to those souls that have died. Outnumbered at every turn, Hongi must travel through the deadly and mysterious Dead Lands and along the way forge an alliance with a strange warrior – a ruthless fighter that has ruled the lands for decades and doesn’t take kindly to outsiders.

Made in New Zealand, and was their entry for Best Foreign Language at the 87th Academy Awards. The Dead Lands shares more than enough of the same ground at Last Of The Mohicans. It has the look and feel of a natural sequel of sorts in the way of dealing with tribes and their disappearances due to modern man having more facilities at their disposal than the tribes’ people. Yet this movie is more of a revenge actioner than a long sprawling epic, the action is fast and unrelenting. Blood and guts flow freely during the intense battle scenes and at times there are shockingly brutal executions. But to remove these moments would be an injustice to the film and the storyline. Be prepared for some stomach churning deaths.

The Maori mythology is also explored very deeply in the film. It talks of lands being populated by spirits and guardians that are both good and bad. At times it can get very heavy handed for anyone who isn’t fully adverse in that culture, and that causes the film to lull slightly. It does pick back up again, mainly through some dramatic action sequences, yet it’s more that the heritage element of the film becomes a vastly interesting piece. The rich heritage that these tribes have could be enough to make a film about on its own without the need for bloodshed. The Dead Lands has split the balance between narrative and action very well.

The theme of honour and revenge is the chief proponent of the movie. Strong action scenes coupled with vastly interesting Maori mythology make The Dead Lands a film that stands out as an intriguing and engaging work of a culture most will not be familiar with.

Advertisement. Scroll to continue reading.
In this article:The Dead Lands