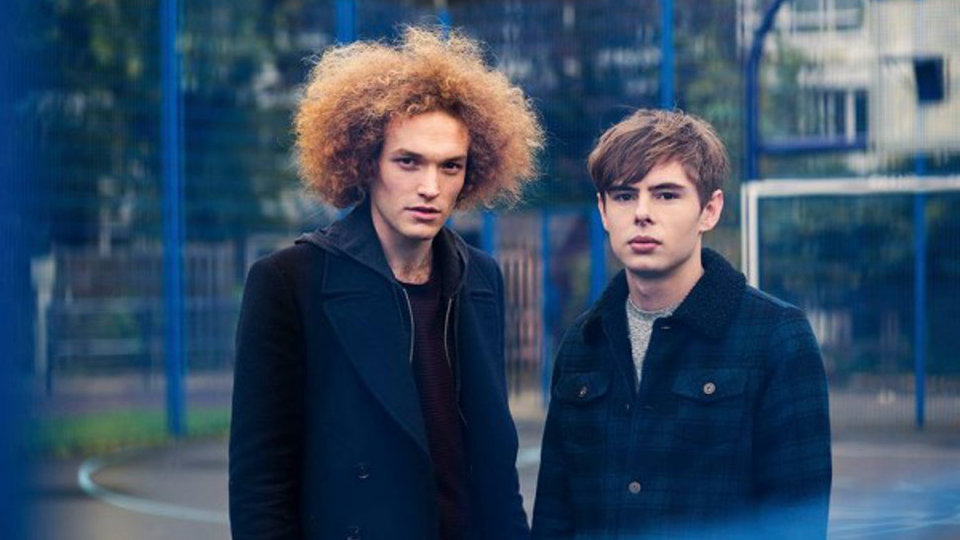 Duo Seafret first met at an open mic night in 2011, whilst one was an experienced musician the other had just discovered his voice. The name Seafret, as well as being a pun on the guitar fret board, is also a local term for the two boys; it applies to the rolling mists that come in off the North Sea during summer. Since moving to London it’s the sea that the duo miss the most. Following their great run at The Great Escape festival last week, Seafret headed for the capital where the band played a sold out gig at Hoxton’s Red Galleries. EF was at the gig and here is what happened.

Red Galleries is a great venue for intimate (and sweaty) gigs and the place suited Seafret’s music quite nicely. Starting off the show the duo played a few acoustic songs, which proved successful with the crowd. The band started with Give Me Something from its first EP. Explosion, one of the band’s earliest tracks was particularly powerful with front man, Jack Sedman’s vocals soaring through. The simplicity of the acoustic guitar and Sedman’s voice simply work magic together and powerful tracks like Explosion really show off the band’s best attributes.

The band joined Seafret for Wildfire and the second part of the gig. The additional instruments added body to Seafret’s already big sound and also gave the tracks a folk vibe. Other tracks of the night included the band’s latest single, Atlantis, which we thought sounded even better live. Breath and Tell Me it’s Real were also well received however the highlight of the night was the band’s performance of hit single Oceans, which was simply beautiful to listen to.

The night ended with Seafret playing Be There and the crowd seemed delighted cheering for the band at the end of the set. EF enjoyed the gig however we preferred the band’s acoustic set more as we thought it was then that the band’s music shone most. All in all Seafret gave a good performance and the music sounded beautiful.

Advertisement. Scroll to continue reading.
In this article:Seafret