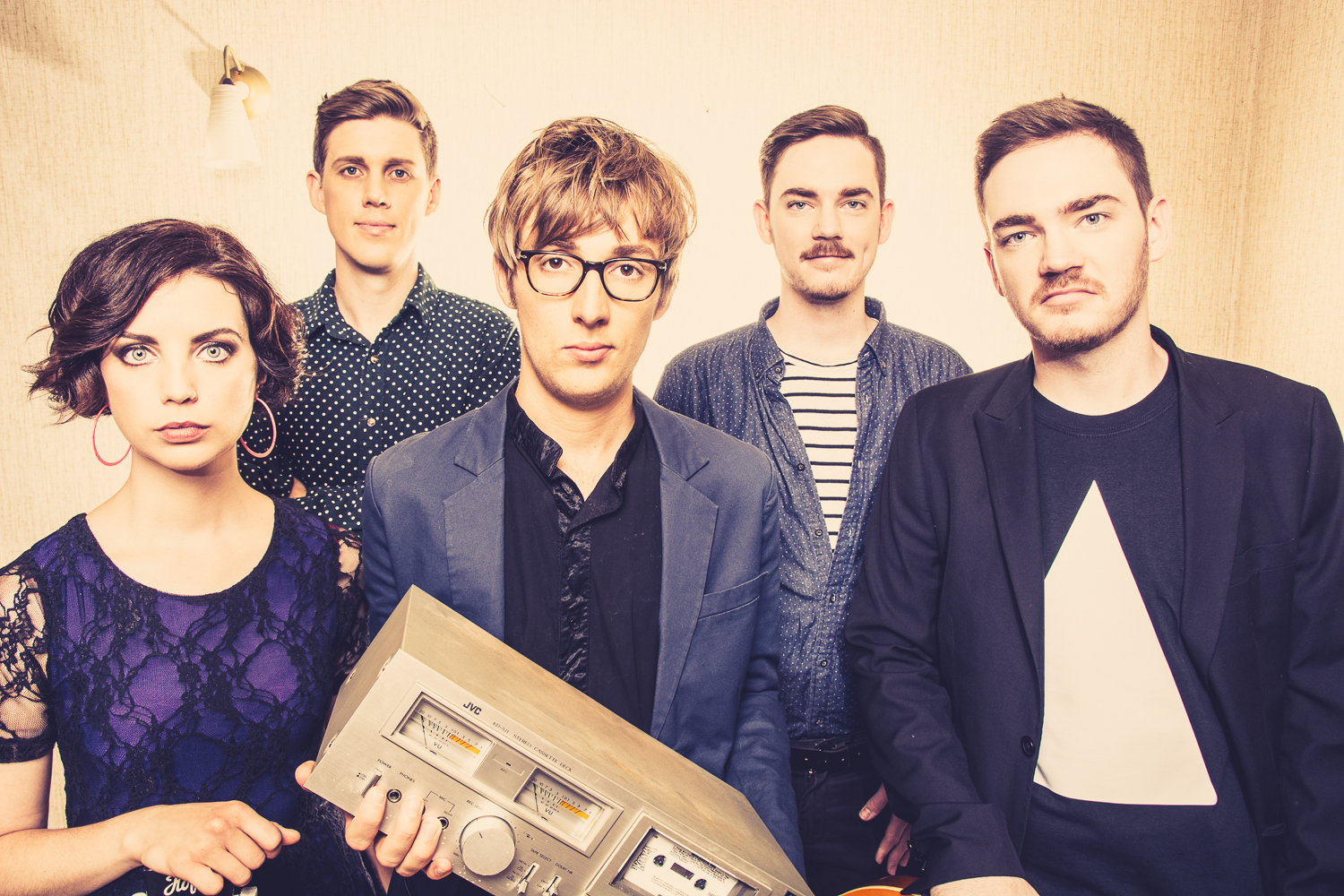 Ball Park Music hail from Brisbane, Australia. We love their quirky, original song titles and storytelling lyrics. In their native Australia, they are pros at the festival scene and they truly come alive when they play live.

We’d love to see Ball Park Music play the festival circuit in the UK, we can imagine them going down a storm! We guess we’ll just have to sit tight and hope this happens, as we currently feel that need to be a big part of it!

We chat to the wonderful Sam Cromack (lead singer) of Ball Park Music, about life on the road and their third album, Puddinghead.

Ball Park Music, how are you doing today?

We hear that Puddinghead used to be a Shakespearean insult. Are you a fan of his work?

Not necessarily. It was compulsory to study his work when I was in high school. Each year we’d have to learn about another work. I can’t remember which piece the word Puddinghead was in, but it always stuck with me. I just found it to be an amusing and endearing insult.

Describe the sound of your new and third album, Puddinghead?

We wanted to make a record where every song felt like it could be a single. We really tried hard to cut the fat and focus on short, sharp writing. I think we explored a lot of new territory when we were recording too. We tried a variety of approaches and got to introduce a wider palette of sounds on this record.

Your studio for the recording of the new album sounds interesting! Tell us what it was like recording there?

We rented a really cheap house in the northern suburbs of Brisbane. Our budget wasn’t huge so the house was very basic. It was quite run down. It was hot and messy and had a lot of mould and leaks etc. We learned to love it though. It was quite nice during the winter. I thought we did pretty well in there.

What’s the best part of coming from Brisband and describe the music scene there for us?

Brisbane is a fairly modest city. I think the people here understand that our city is smaller and less trendy than the other major cities, but I think that has a positive effect on people’s attitudes. The music scene is humble, diverse and respectful.

Tell us how different Puddinghead is, compared to your first two albums, Happiness and Surrounding Suburbs and 2012’s Museum?

This record has a lot of the same songwriting components featured in our first two records but the production approach was quite different. A lot of the songs were chopped up and moved around, there was definitely a lot more editing. We also self-produced, which meant we had to face a lot of limitations and find ways to be creative. It was also the first time we recorded digitally, instead of using tape.

Are you happy with the reaction that Puddinghead has received so far, back in Australia?

Absolutely. I’ve been really pleased that we’ve managed to get as much mileage as we have from the record. It’s a whole year since its release and I feel it’s still being discovered and embraced in Australia.

We love the song titles in your new album. Everything Is Shot Except My Friendship With You, Polly Screw My Head Back On and She Only Loves Me When I’m There. Where do you draw most of your inspiration from when writing new lyrics and songs?

Most of the songs on this record are inspired by personal experience. I’m usually expressing how I feel about relationships or personal struggles, but I try to find weird and wonderful ways to articulate those common feelings. And yeah, I obviously love long song titles.

What’s your favourite song on the new album?

Tell us about taking part in Groovin The Moo this spring?

Groovin’ The Moo is an amazing festival tour that happens each year in Australia. It visits a lot of regional areas (hence the ‘Moo’ which refers to a lot of the surrounding farming areas) and has been extremely successful. It’s honestly one of the best Australian festivals and I strongly encourage any UK act that may be invited in the future to head over and participate!

You’re regulars on the festival scene in Australia, when can we see you performing in the UK and what festival would you most like to play in Europe?

Oh my god. There are so many amazing festivals throughout the UK and Europe. It would be very exciting and a great privilege to be invited to any of them! I’d love to appear at Glastonbury or Reading festival. I’d also love to check out Primavera! I really truly hope that we can entertain some European festival audiences in the future.

What’s the best thing about performing live and being a part of a band?

Live performance is beautiful. When I was younger I didn’t care so much for it, but as I get a bit older I fall more and more in love with it. I think it’s a really important part of cementing who you are as an artist. A live show is loud and powerful and is shrouded in mystery. It’s like the final frontier of the music industry. I think when you’re on stage you let go of a lot of the baggage that weighs you down and you get closer to the identity that you like to believe you are.

Tell us what life on the road is like for you as a band and what do you get up to between shows?

Life on the road is a mix of emotions. I am very used to it. It usually goes off without a hitch. We get along well and know how to not rub each other the wrong way. I think we miss home, miss our partners. That’s hard. I guess the payoff is that we love what we do and it helps to keep us sane. It makes us grateful for what we do have.

Between shows we talk an incomprehensible amount of garbage, play cards, eat out, drink beer. It’s not too bad!

What has been the most surreal moment that you’ve had so far, as a band?

We played in Vietnam years ago. I remember having a moment on stage where I thought, ‘How’d I get here?’

What would you most like to achieve this year?

I’d like to grow our fanbase in Europe. We’ll be back in Germany, France, Netherlands, Switzerland and the UK soon. I’d like to play more shows for those people and try spread the word as much as possible. It’d be nice to get some more radio play overseas! It makes such a huge difference. I’m also working on a bunch of projects at home; I’m chipping away at a little solo record and also working on the music for a theatre production.