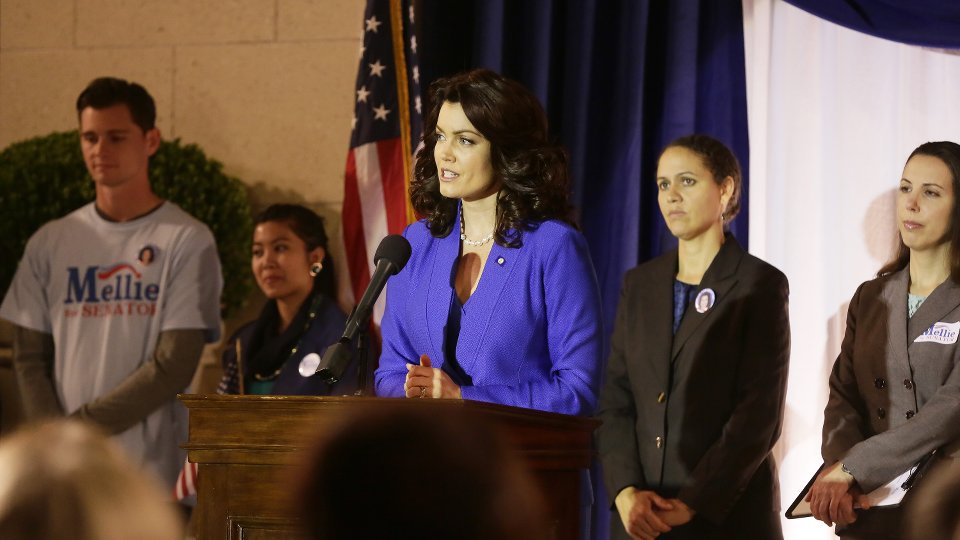 Jake’s (Scott Foley) life was left hanging in the balance following his brutal attack on the latest episode of Scandal.

Despite looking as good as dead, Jake managed to survive his attack thanks to the help of a rogue doctor who bargained with Olivia (Kerry Washington) to help a former KGB agent. Olivia’s best efforts failed as Rowan (Joe Morton) killed the former agent and her family.

Whilst Jake was recovering from surgery, he was alarmed to see Russell (Brian White) lying on the bed next to him. Just when we thought Olivia was going to remind blind to the true nature of her new bed buddy, she pulled a gun on Russell.

Elsewhere in the episode Mellie (Bellamy Young) found herself being attacked publicly by Sally Langston (Kate Burton) forcing Cyrus (Jeff Perry) to go on the show to defend her.

The penultimate episode of the season is A Few Good Women. The vice president continues to defy the Grant administration, while Mellie’s campaign for Senate continues to be a struggle.