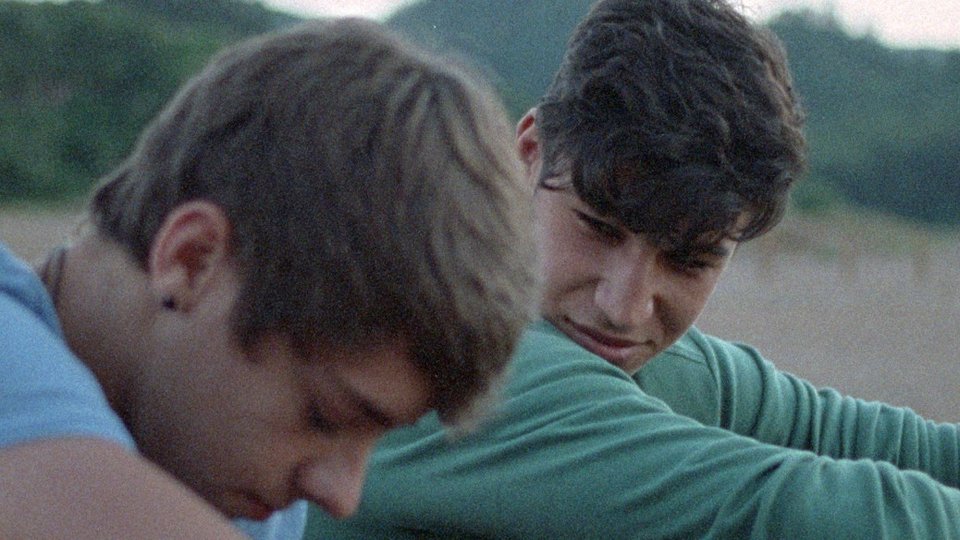 Teenager Rafa (German Alcarazu) is struggling to fit in with his friends who have become girl obsessed and are pressuring him into dating and sleeping with girls. The problem is Rafa isn’t all that interested in girls but he tries to join in with the banter of his friends to keep up appearances. His struggle to hide his true self from his friends gets harder when he meets Moroccan immigrant Ibra (Adil Koukouh). Immediately drawn to Ibra, Rafa tries to keep their friendship secret as his friends are deeply racist and he doesn’t want them to know about his burgeoning feelings for Ibra. Things are complicated further by Ibra being an illegal immigrant whom the Spanish authorities are trying to deport but he has nowhere and no one to go to.

Hidden Away is a classic coming of age tale that tries to explore the meatier themes of immigration and racism. As a coming of age story it succeeds and sits nicely with the range of other LGBT films that have explored similar territory. Hidden Away doesn’t particularly offer anything new but it’s a pleasant enough watch. The impact that Ibra has on Rafa is quite profound and it makes the youngster start to question his group of friends and the way he lives his life. What isn’t clear to Rafa is whether or not his new friend reciprocates his growing feelings.

Where the film falls down is the immigration and racism sub-plot. The impending threat of Ibra’s deportation isn’t well fleshed out enough to make the impact its trying to and Rafa’s friends are pretty two dimensional making their actions feel like going through the motions. It’s a shame really as both of these subjects are weighty ones and a little more care and attention could have given the film more depth.

German Alcarazu and Adil Koukouh give strong performances in the central roles of Rafa and Ibra. They build a believable chemistry on screen and the film holds your attention thanks to their performances. In the hands of lesser actors Hidden Away could have been a bit clunky but they carry off their respective roles with conviction. They are also good at keeping you guessing as to whether or not their characters are falling for one another or just forging a deep bond of friendship.

Mikel Rueda, who wrote and directed the film, acquits himself pretty well. He gets great performances from his leads and despite the flaws in the story, he still manages to make Hidden Away an enjoyable watch. The film is a little rushed in parts and the it doesn’t really deliver the pay-off that you feel it’s building up to when it starts.

Hidden Away is a decent coming of age film but it’s not as remarkable as it tries to be. There’s a lot of talent involved with making the film but sadly it falls short of realising its full potential. Coming of age films in the LGBT genre are ever-present so Hidden Away needed to do something truly special to rise above those. It’s an enjoyable enough film but it’s not as ground-breaking as it wants to be.