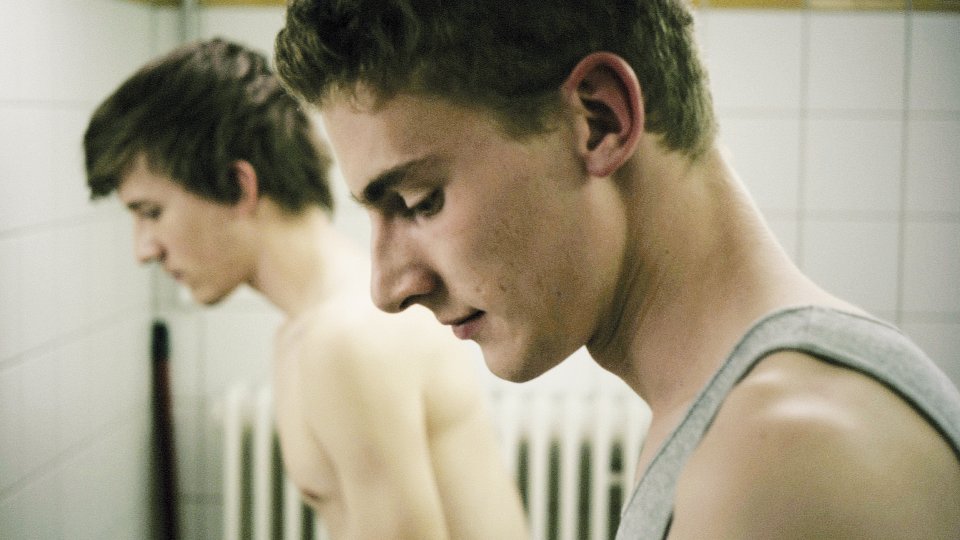 Marlo (Martin Bruchmann) and Kirill (Josef Mattes) meet on a Berlin train station platform and make an instant connection. The two young men exchange numbers and stay in touch over a series of days, hanging out together and enjoying each other’s company. Whilst they are together, the two try to figure out what each other feels and thinks.

Silent Youth is the second feature from writer/director Diemo Kemmesies has been billed as a coming of age story but we’re not sure that is a completely accurate description. Much of the film hinges on the viewer not knowing whether or not Marlo and Kirill are attracted to each other. The majority of the film passes with little in the way of dialogue using camera angles and the non-verbal acting of its leads to do the talking. What is clear is that Marlo and Kirill are both very conflicted youths and it’s in their conflict that they find a connection.

If you like your movies fast-paced, Silent Youth definitely isn’t for you. What little there is of a narrative unfolds slowly over the movie’s run time with lingering shots of the boys together in silence either against the backdrop of the streets or in the privacy of a bedroom. The tension between the two boys is a slow-build as they try to work each other out and understand why they have connected.

Martin Bruchmann and Josef Mattes create a decent chemistry with one another. The two actors move from buddies to more intimate interactions, and you do believe the way that their relationship unfolds. For the majority of the movie they aren’t required to say all that much so it’s their expressions and actions that your focus is on. Of the two, Mattes’ performance is more interesting and his character Kirill is clearly the more troubled of the two boys.

Silent Youth won’t be to everyone’s tastes. The understated style of the movie can make it a little dull in places but the overall intention is one that many will able to relate to. Silent Youth highlights what its like to be young and highlights the conflicts that many go through in their search for happiness, and human connection.

Watch the trailer for Silent Youth below: