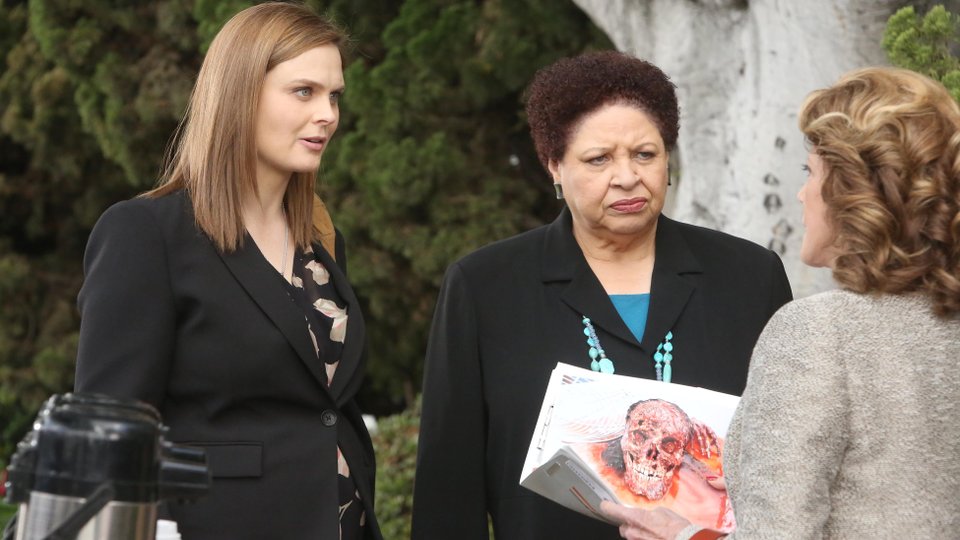 Brennan’s (Emily Deschanel) latest case made her reflect back on her own childhood when the murder of an intelligent but unpopular girl led them to an all-girls school.

During the investigation Booth (David Boreanaz) and Brennan discovered that the girl was bullied at school and they suspected three of her classmates were responsible. After going over the remains again and again with Daisy (Carla Gallo), Brennan pieced things together and realised that the girl had committed suicide and framed the other girls for the murder.

Elsewhere in the episode Brennan’s pregnancy was revealed to the rest of her team, and Daisy started to move on with her life following the death of Sweets (John Francis Daley).

The next episode of the season is The Verdict In The Victims. Just hours before a convicted serial killer’s execution, Brennan starts to worry that she helped sentence an innocent man to death.