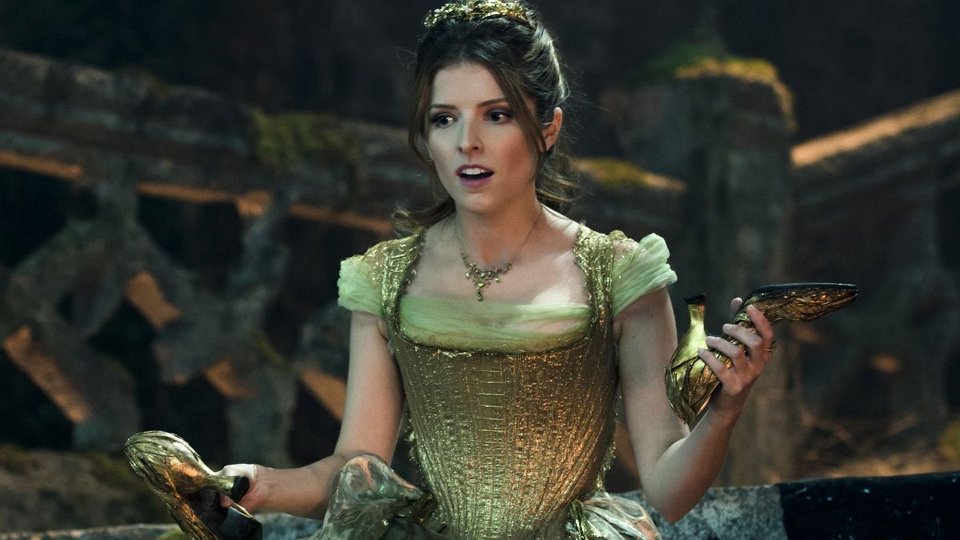 From director Rob Marshall, the acclaimed filmmaker behind “Chicago” and Disney’s “Pirates of the Caribbean: On Stranger Tides”, comes a modern twist on the beloved fairy tales you thought you knew. Academy Award®-winning actress Meryl Streep (Best Actress, The Iron Lady), leads an all-star cast in this enchanted adventure about daring to venture Into The Woods, available on 3D Blu-ray, Blu-ray and DVD from 18th May 2015.

This humorous and heartfelt musical follows the classic tales of Cinderella (Anna Kendrick), Little Red Riding Hood (Lilla Crawford), Jack and the Beanstalk (Daniel Huttlestone), and Rapunzel (Mackenzie Mauzy), all tied together by an original story involving a Baker and his Wife (James Corden and Emily Blunt), their wish to begin a family and their interaction with the Witch (Streep), who has put a curse on them. Plots intertwine in a spellbinding mix of song and action as we explore the consequences of the characters’ wishes and quests.

Based on the musical stage production by legendary eight-time Tony, Grammy® and Oscar®-winning composer and lyricist Stephen Sondheim and Tony® winner screenplay writer James Lapine, Into The Woods is the home entertainment event of the year and a real must-see for all the family.

With an incredible selection of never seen before bonus content, including an exclusive original song ‘She’ll Be Back’ performance by Meryl Streep, featurettes on the making of the film alongside your very own Sing-A-Long version of the film,  Into The Woods will no doubt cast its spell on you when it arrives on Blu-ray and DVD on 18th May 2015.

To be in with a chance of winning a DVD and a SIGNED Into The Woods poster by James Corden, simply answer the question below. Two runners up will get a DVD.

Advertisement. Scroll to continue reading.
In this article:Competition, Into The Woods