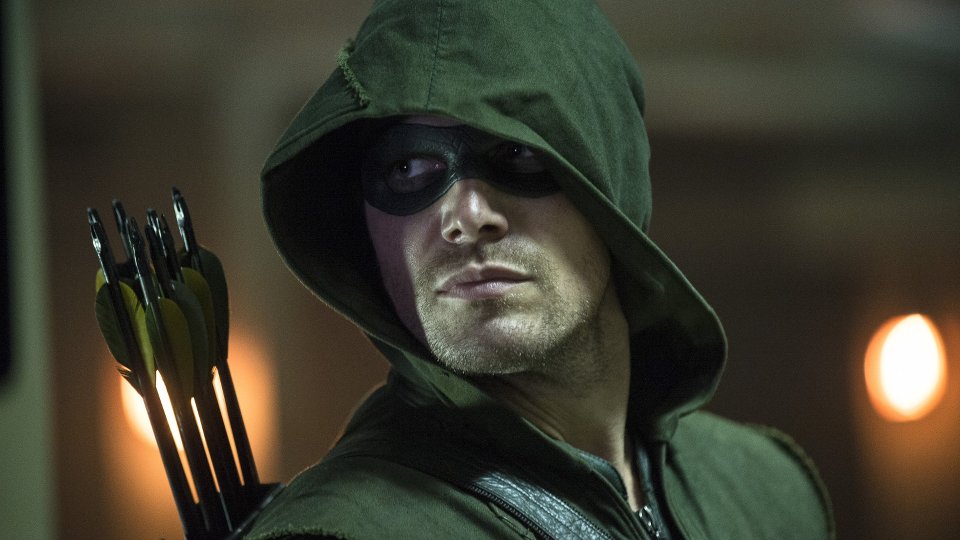 The final scenes of the Arrow season 3 finale weren’t quite what we were expecting.

If you haven’t seen the season 3 finale and don’t want any spoilers, we suggest you stop reading now. If you have seen it and want to hear our thoughts on the next season of Arrow then keep reading.

When the season finale – My Name Is Oliver Queen – started we weren’t expecting Oliver (Stephen Amell) and Felicity (Emily Bett Rickards) to be happily reunited and vacationing together by the end of the episode. Is it just us or did that happy ending for the two characters happen a bit quickly and feel a little forced?

That quibble aside the third season of Arrow was pretty consistent with the League of Assassins and Ra’s arc driving the plot throughout the entire run. The finale has left quite a few questions hanging such as how did Ray Palmer (Brandon Routh) survive that explosion – obviously he does as he’s part of DC’s Legends of Tomorrow – but more importantly will Team Arrow ever be the same again?

Season 3 has been a season of change with Roy Harper (Colton Haynes) departing the show, Laurel (Katie Cassidy) stepping up as Black Canary following the murder of Sara (Caity Lotz) and Thea (Willa Holland) finally becoming a part of Team Arrow. There have been plenty of great moments over the season and it’s safe to say that when Arrow returns for its fourth season it could well be a very different show.

We’ve been scratching our heads and thinking about what we want when the show returns for its fourth season. Keep reading to hear our thoughts.

1. Oliver and Diggle (David Ramsey) to rebuild their friendship. There’s no doubt about it that Oliver did a horrible thing when he kidnapped Lyla (Audrey Marie Anderson) and even though he did it for the greater good, we can understand why Diggle has been struggling to move past it. The season ended with the two friends’ future hanging in the balance and we want to see them reconcile and figure out a way to move on in season 4.

2. More crossovers with The Flash. We’ve absolutely loved the way that Arrow and The Flash have built up their connections and crossed over this past season. It’s been interesting to see The Flash characters bringing their metahuman powers to Starling City and we’ve enjoyed characters from Arrow going to Central City to help out.

3. Thea to take a more central role. We’re really enjoyed seeing Thea’s character fleshed out this season. She’s gone from whiny little sister to bad-ass hero and we loved the moment that Oliver told her she would be known as Speedy rather than The Red Arrow. We hope the writers continue to grow Thea’s character and make her more integral to Team Arrow.

4. Not quite as much focus on Olicity. Whilst we ship Olicity as hard as the majority of fans, we don’t see a happy ever after ending for Oliver and Felicity, at least not in the short term. Whilst we love the two characters together, we’d be happy for their relationship to take a bit of a backseat whilst Oliver gets back to leading Team Arrow and keeping Starling City safe.

5. Captain Lance (Paul Blackthorne) to come back into the fold. OK so he’s never officially been a part of Team Arrow but his feud with Laurel has driven him further away than he’s ever been. In the season finale he did the right thing and tipped Felicity off so she could save Oliver’s life so the stage is now set for Lance to get over his anger and patch things up with Laurel.

6. Laurel and Nyssa (Katrina Law) to explore their relationship. Maybe it’s just us but we’re pretty sure there was a spark there with Laurel and Nyssa that indicated they could become more than friends. On the one hand our head’s telling us that it would be a bit repetitive if the writers went there after Nyssa’s involvement with Sara but we can’t ignore the signs that there may be something between the two characters.

7. Malcolm Merlyn (John Barrowman) to stick around. We’re pretty hopeful this will happen, especially as he is now the new Ra’s. Malcolm’s shape-shifting has been one of the most interesting parts of the season and we like the changing nature of his relationships with both Thea and Oliver. Whilst we don’t want a retread of the League of Assassins storyline in season 4, we’d be happy for Malcolm and Nanda Parbat to be an occasional part of the story.

8. What happened to Ted Grant (J.R. Ramirez) aka Wildcat? The last we saw he looked like he might have died in the street brawl against Brick (Vinnie Jones) but his fate has never been confirmed. It’s a bit odd that the character has never been mentioned since and if the writers are going to stay true to the comic books then Wildcat has 9 lives.

9. The set-up for DC’s Legends of Tomorrow. We think it would be a huge disservice to fans if Arrow didn’t provide some of the set-up for the new spin-off show. We now know that Sara Lance will be back as the White Canary and that she is resurrected in the Lazarus Pit. We’re hoping that her resurrection happens within the Arrow universe and that Laurel and Captain Lance are aware of it.

10. Roy Harper to come back. OK we know this is a very long shot as it has been confirmed that Colton Haynes has left the show as a regular but there’s a glimmer of hope that he may return as a recurring character or even for one-off stints here and there. Honestly we know Roy has been a divisive character but we loved him and the show won’t be the same without him.

Arrow will return to The CW in the US and Sky 1 HD in the UK this autumn. What do you want to see from the fourth season? Leave your comments in the usual place and please remember to keep it civil and constructive.