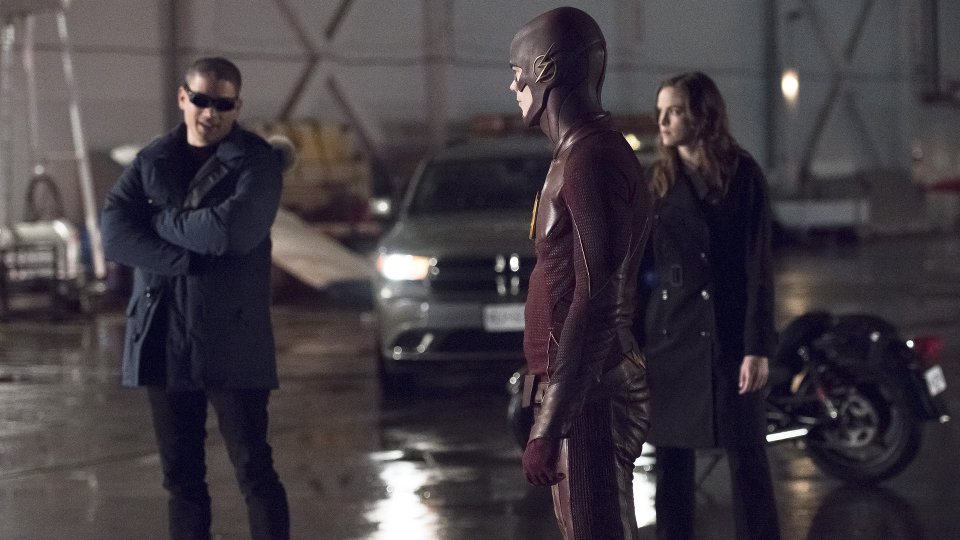 Barry (Grant Gustin) and the team came up against Grodd in the latest episode of The Flash.

Following Eddie’s (Rick Cosnett) kidnapping by Dr. Wells (Tom Cavanagh), Barry tried to find him but was sidetracked by a psychological attack whilst he tried to stop a robbery at a gold reserve. The force behind the attack was gorilla Grodd who was controlling General Eiling (Clancy Brown) to carry out his evil deeds.

Joe (Jesse L. Martin) was taken by Grodd and Barry, Cisco (Carlos Valdes) and Caitlin (Danielle Panabaker) built a device to prevent Grodd from being able to harm Barry. In the midst of their showdown, Grodd damaged the device but Barry managed to fight off Grodd’s attack and trick him into jumping in front of a train.

Elsewhere in the episode Iris (Candice Patton) was angry that she had been lied to by Barry and her father over the identity of The Flash.

The next episode of the season is Rogue Air. Barry calls on the services of some very familiar faces after striking an uneasy alliance with former foe Captain Cold.

Tune in to Sky 1 HD on Tuesday at 8pm to see the episode. Preview it with our gallery below: