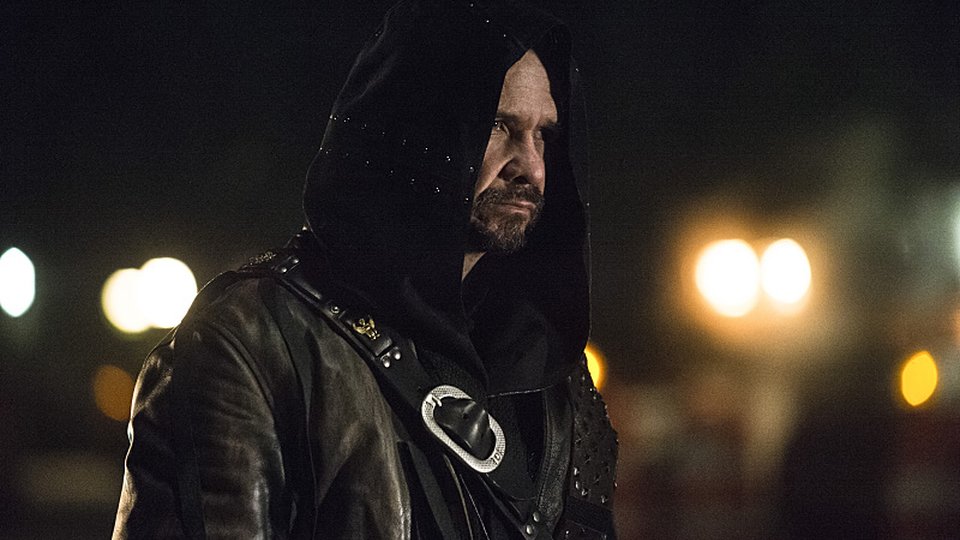 The fate of Team Arrow was left hanging in the balance in Nanda Parbat in the latest episode of Arrow.

After finding out via Malcolm (John Barrowman) that Oliver (Stephen Amell) hadn’t really gone to the dark side and he was trying to dismantle the League of Assassins from the inside, Laurel (Katie Cassidy), Felicity (Emily Bett Rickards), Diggle (David Ramsey) and Ray (Brandon Routh) headed to Nanda Parbat with Malcolm and Tatsu (Rila Fukushima) to help him. It all went wrong though when Ra’s (Matt Nable) started to question Oliver’s loyalty and locked his friends in a cell after smashing a vial containing the virus he planned to unleash on Starling City.

The season finale is My Name is Oliver Queen. Season three concludes as Ra’s al Ghul puts his plan into action. Oliver has a soul-saving decision to make, too.

Tune in to Sky 1 HD tomorrow at 8pm to see the episode. Preview it with our gallery below but be aware there are some major spoilers so proceed with caution: