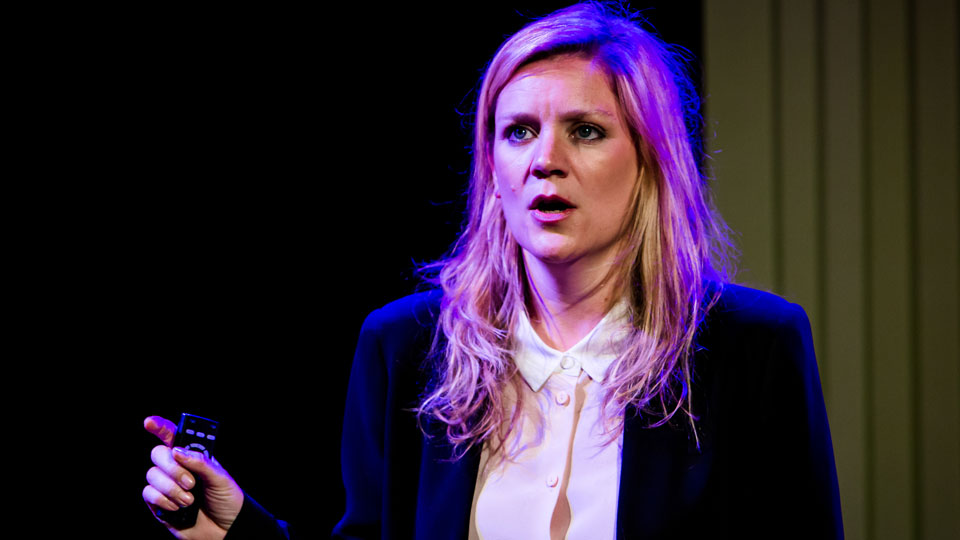 Over fifty minutes, Olivia Poulet, alone on stage as Leah, pitches a movie to an unseen actress she’s desperate to play the lead role. So far, so innocent. But the movie is called ‘Mohammad and Me’, which combines every absurd Hollywood cliché in the book with the maximum of ignorance and scaremongering.

Product is a clever and acerbic satire that manipulates or even bullies the audience into reacting to certain stimuli. There are moments where your jaw will drop. Did Leah really just say that? There’s a collective intake of audience breath. One nervous titter. Is it OK to laugh? Followed by a few more laughs… That’s what you can expect from Product, which, as well as constantly needling you with the bounds of acceptability, uses a deliciously bad-taste pun on “the Fall of Troy” and draws mileage from the sexual innuendo inherent in the word “wound”.

There are laughs aplenty in Product, which, running to only fifty minutes, certainly doesn’t waste any time. Yet nor would it be a waste of anybody’s time to go along and see it. The best thing is to trust your instincts and laugh at the profoundly politically incorrect depiction of a rom-com involving one feisty female and a suicide jihadist. It’s absurd and provocative in equal measure.

The real boon in this production is that Olivia Poulet so skilfully single-handedly brings Ravenhill’s play to life. Resisting the temptation to overplay, and keeping Leah grounded in some form of reality no matter how preposterous or inflammatory the words coming out of her mouth, Poulet is simultaneously mesmerising and comic. The easily offended should stay away. For anyone else, catch this revival whilst you can.