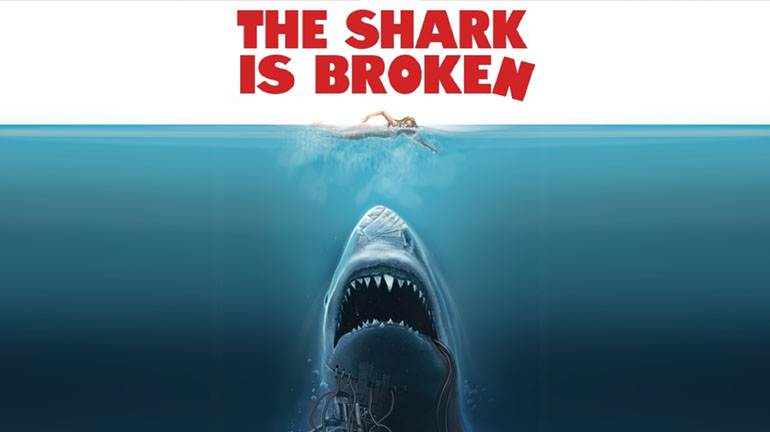 The Shark is Broken

Directed by Guy Masterson and written by Joseph Nixon and Ian Shaw (Robert Shaw’s son) inspired by his father’s diaries, this hilarious world premiere offers startling insights into the backstage Hollywood truths behind one of the greatest blockbusters of all time.

“The play humorously reveals the true relationships, the secret clashes and intrigues behind the legendary movie”, explains Ian Shaw.

But stepping into his father’s shoes has been no easy task:

“I have tried to approach it in the way he might have done, honestly but with respect. I have a more peaceful understanding of him from having researched it. I hope the audience can see themselves in the characters, flawed but with great qualities. I know I can…”

Read our exclusive interview with Ian Shaw as we discuss working with Mark Rylance, coping with a mechanical shark which refused to bite and whether his dad should have won an Oscar as Quint in JAWS.

Watch Ian Shaw’s rehearsal as Quint, the role his father originated in JAWS: