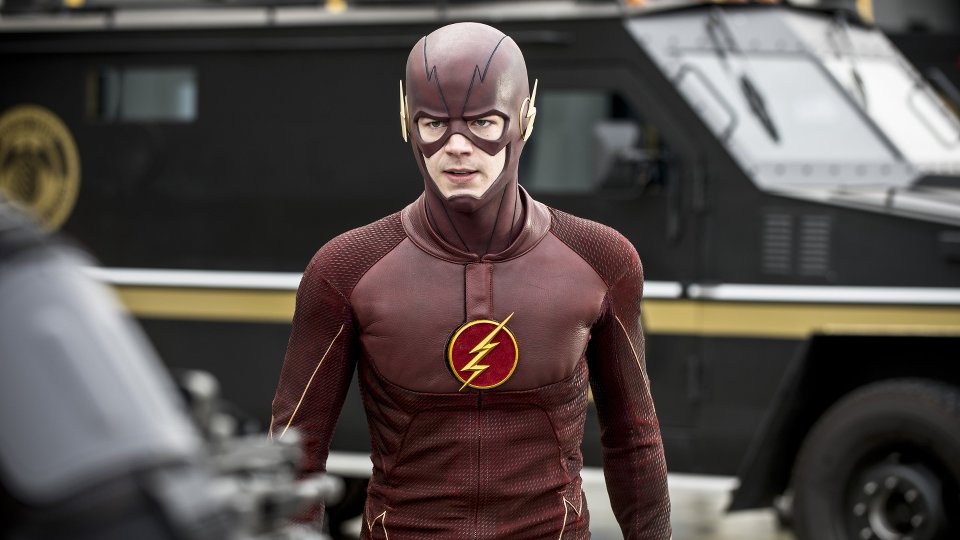 Barry Allen (Grant Gustin) and the S.T.A.R. Labs team tried to trap Dr. Wells (Tom Cavanagh) in the latest episode of The Flash.

After discovering his secret room and finding Gideon, Barry and co used Cisco (Carlos Valdes) as bait to try and trap Dr. Wells. Their plan didn’t go according to plan when Wells used Hannibal Bates (Martin Novotny) to act as the Reverse Flash.

Elsewhere in the episode Wells kidnapped Eddie (Rick Cosnett), Iris (Candice Patton) discovered that Barry is The Flash, and Joe (Jesse L. Martin) refused to give his permission for Eddie to marry Iris.

The next episode of the season is Grodd Lives. Barry and co’s latest attempt to thwart Reverse Flash hits a snag when he unleashes Grodd the Gorilla onto the city.

Tune in to Sky 1 HD at 8pm on Tuesday to see the episode. Preview the episode with our gallery below: