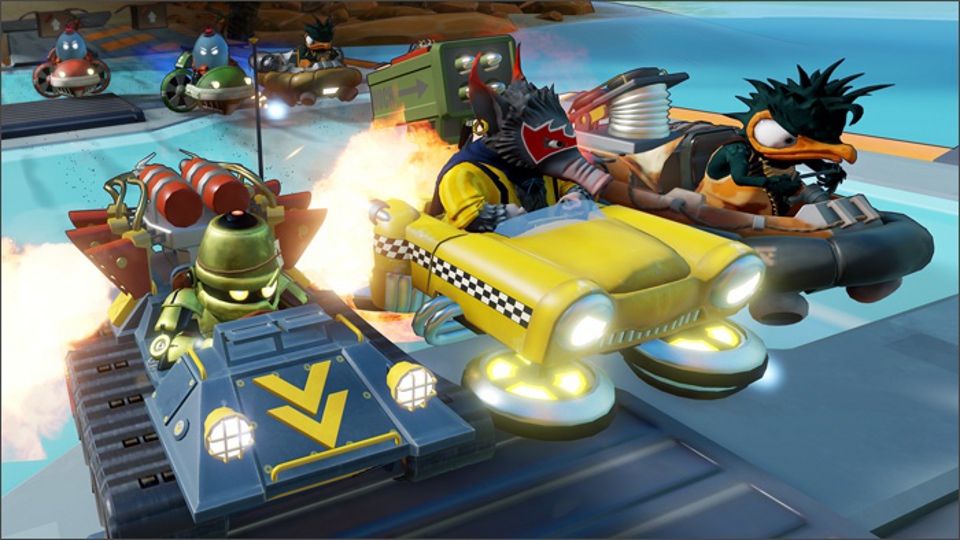 Space Dust Racers is an intergalactic combat-racing party game designed for up to 16 players. It’s in development at Space Dust Studios, a Melbourne-based indie developer, and currently seeking backers for their Kickstarter campaign.

Space Dust Racers is looking really fun and takes inspiration from classics such as Micro Machines, Mashed and Rock n’ Roll Racing. It’s set in a post-human future and is full of cartoon aliens and exotic extraterrestrial worlds. With a variety of gameplay modes and modifiers it looks like there will be hours of fun for racing fans.

One of the most exciting features of the project is that it will support up to 16 players locally all sharing the same screen. The game can offer this thanks to some fancy technology that allows iOS and Android smartphones, laptops and gamepads to be used as extra controllers.

The game is being built with Unreal Engine 4 and is expected to be available on PC via Steam, Xbox One and PS4. If all goes to plan the game is due for release around January 2016.

For more information or to pledge your support head on over to the Space Dust Racers Kickstarter page.