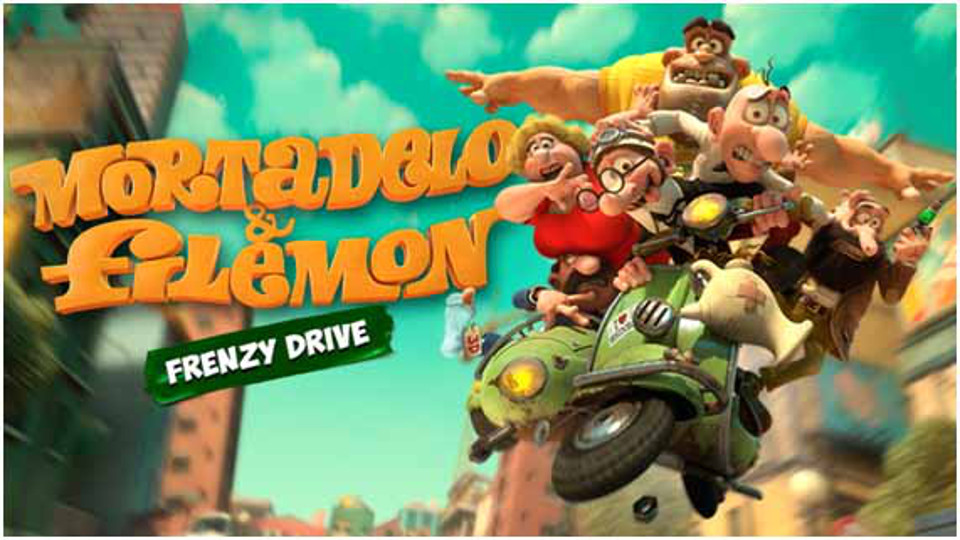 Mortadelo & Filemón (or Mort & Phil) have been beloved unlikely heroes in their native Spain for over 50 years. Their latest adventure brings the hapless secret agents to the App Store and Google Play in a free-to-play racing adventure Frenzy Drive.

Spanish developers TheBIGBALLStudio are bringing the two bald buffoons to iOS and Android. The game will have you racing through busy city streets in your choice of customisable vehicles in an effort to save the city from the villainous forces of Jimmy the Freak.

In Frenzy Drive players can weave their way through crazy traffic with a swipe of a finger, fending off attacks from ever-more powerful bad guys. To aid you in your mission you’ll be able to collect a host of explosive tricks including everything from catapults to bazookas.

Also, as they are secret agents, the two hapless heroes will be able to disguise themselves in a variety of hilarious collectible costumes.

As you progress you can upgrade your arsenal, wardrobe and vehicle options by collecting coins (or eggplants) within the game or via optional in-app purchases.