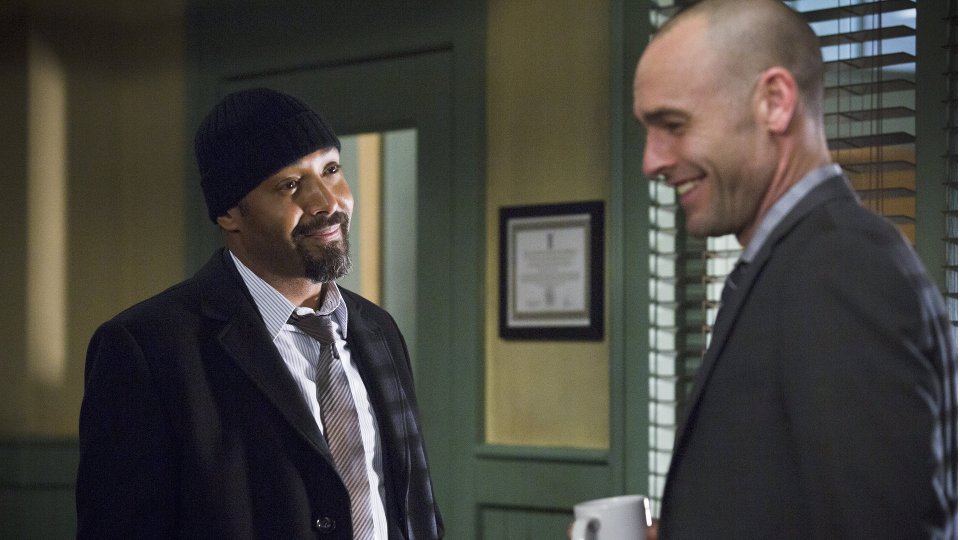 The Arrow characters crossed over to The Flash as Ray needed help with his A.T.O.M. suit and they ended up helping the S.T.A.R. Labs team take down disgruntled scientist Brie Larvan (Emily Kinney). Brie was attacking former employees of Mercury Labs with robot bees.

The next episode of the season is Who is Harrison Wells? While Joe and Cisco head to Starling City, The Flash is kept busy by a crafty chameleon-like metahuman.