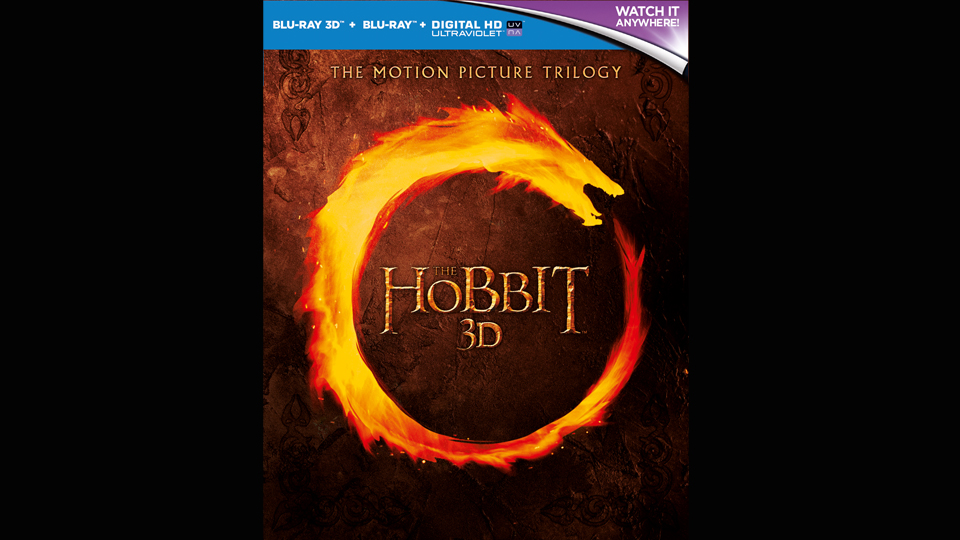 To celebrate the release of The Hobbit: The Battle of the Five Armies and the epic The Hobbit: The Motion Picture Trilogy Box Set out NOW on Digital Download, Blu-ray 3DTM, Blu-rayTM and DVD, we have prizes in store for three lucky winners!

SEE ALL THREE FILMS in director Peter Jackson’s trilogy based on J.R.R. Tolkien’s enduring masterpiece on Blu-ray 3D™ and Blu-ray™ in one complete collection.

THE HOBBIT: AN UNEXPECTED JOURNEY™

Follow Bilbo Baggins, who – along with the Wizard Gandalf and 13 Dwarves, led by Thorin Oakenshield – is swept into an epic and treacherous quest to reclaim the lost Dwarf Kingdom of Erebor.

THE HOBBIT: THE DESOLATION OF SMAUG™

Bilbo and the Dwarves escape the giant Spiders and Wood-elves of Mirkwood before encountering the mysterious Bard, who smuggles them into Lake-town. Finally reaching the Lonely Mountain, they confront the Dragon Smaug.

THE HOBBIT: THE BATTLE OF THE FIVE ARMIES™

The Dwarves of Erebor have reclaimed their homeland, but face the consequences of unleashing Smaug. As five great armies go to war, Bilbo fights for his life, and the races of Dwarves, Elves and Men must unite or be destroyed.

We’ve got three copies of The Hobbit: The Motion Picture Trilogy boxset to giveaway on Blu-ray 3DTM (which also includes a 2D Blu-ray and Digital Download).

The Hobbit: The Battle of the Five Armies and the epic The Hobbit: The Motion Picture Trilogy Box Set is out NOW on Digital Download, Blu-ray 3DTM, Blu-rayTM and DVD.