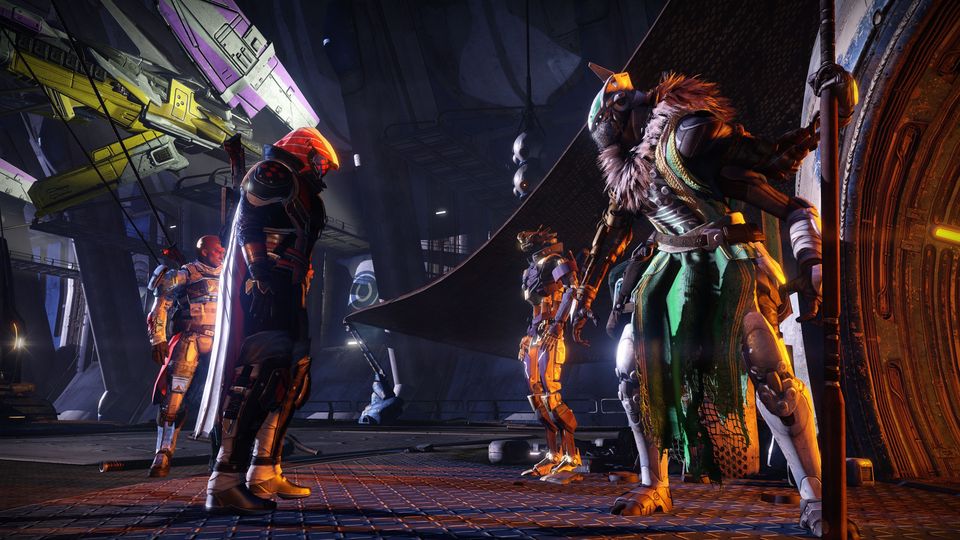 Later today (Wednesday 22nd April) the Bungie team will begin to roll out information for the upcoming Destiny Expansion II: House of Wolves.

At 19:00 GMT, Deej (Bungie Community Manager) will host a Twitch livestream straight from the studio with Christopher Barrett (Bungie Creative Director) and community member Gothalion. They’ll take viewers through a live tour of the brand new social space, The Reef, while discussing the new content, new vendors and more.

Here’s a sneak peek at what to expect from the expansion:

As well as the new social space, The Reef, players will be able to upgrade gear to the new level 34 cap (up from 32).

We’re also expecting two more reveals before release – Trials of Osiris, a 3v3 Team Deathmatch event in the Crucible, on April 29th and Prison of Elders, a brand new three-player cooperative multiplayer arena, on May 6th.

Destiny Expansion II: House of Wolves, will be available on Tuesday 19th May.

In this article:Activision, Bungie, Destiny, DLC, House of Wolves, PS4, Xbox One