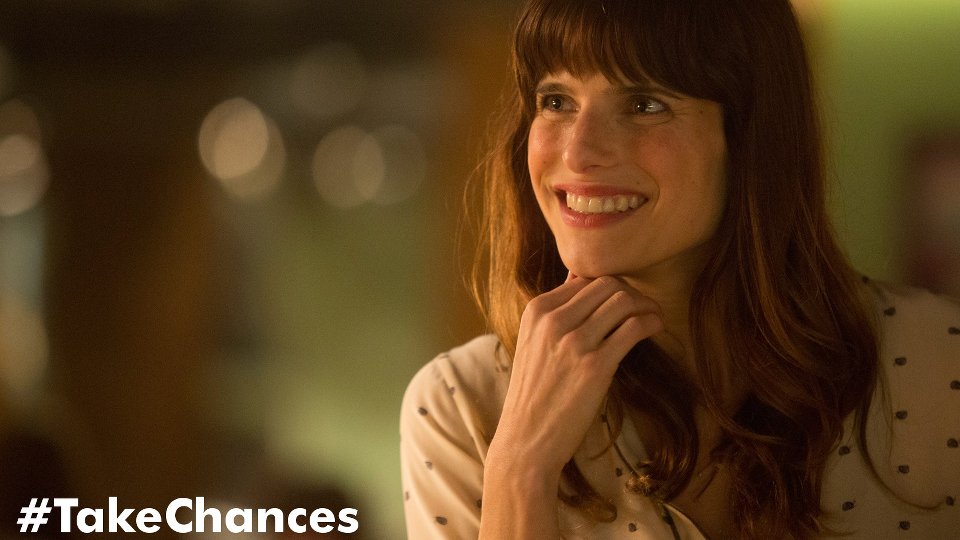 A one-sheet poster has been released for Man Up.

Meet Nancy (Lake Bell): 34, single (still), hung-over (again), and exhausted by the endless futile set ups foisted upon her by well-meaning but clueless friends. As she travels across London to toast another 10 years of her parent’s blissfully happy marriage, 40 year old, freshly-hatched divorcee Jack (Simon Pegg) mistakes her for his 24 year old blind date. In a moment of uncharacteristic optimism (or insanity?), Nancy decides to just go with it… What follows is a chaotic, unconventional, hilarious night neither of them will ever forget. There will be drinking, there will be home truths; there will be an old classmate with a long-standing crush and stalker tendencies. There will be lost divorce papers, lost hopes, competitive indoor sports and an epic venue-to-venue urban triathlon. Oh, and the small matter of Jack finding out that Nancy isn’t actually his real blind date.

Man Up is a romantic comedy about being yourself… or perhaps not being yourself. It’s about taking chances, making decisions and rolling with the consequences. It is directed by Ben Palmer (The Inbetweeners Movie) and written by Tess Morris.

Man Up is released on May 29th 2015. Check out the new poster and the trailer for the movie below:

In this article:Man Up, Simon Pegg