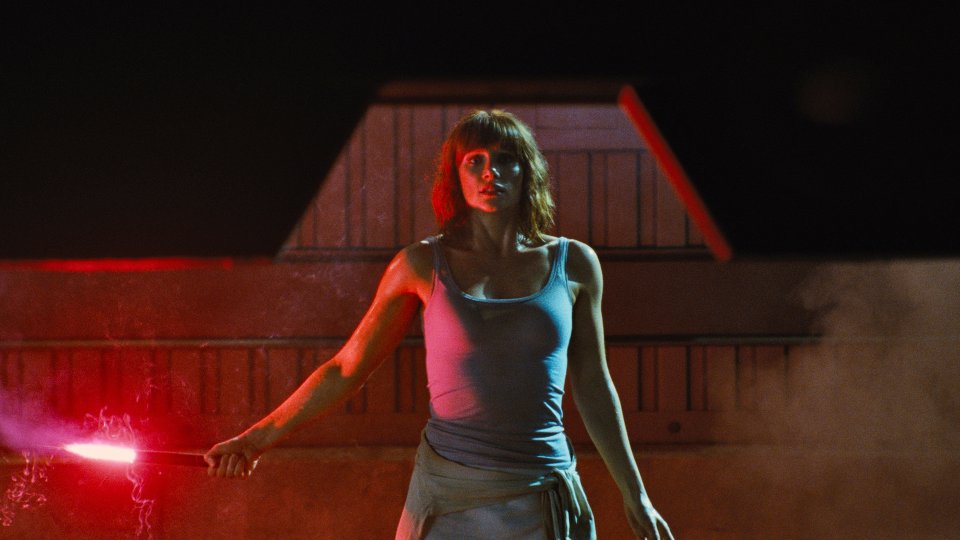 A new poster has been released for Jurassic World, the latest instalment in the Jurassic Park series.

The one-sheet features new dinosaur hybrid the D-Rex as well as Bryce Dallas Howard’s Park Operations Manager, Claire Dearing. More posters for the movie are expected to be released over the weekend ahead of the brand new trailer on Monday.

Twenty-two years after the events of Jurassic Park, Isla Nublar now features a fully functioning dinosaur theme park, Jurassic World, as originally envisioned by John Hammond. After 10 years of operation and visitor rates declining, in order to fulfill a corporate mandate, a new attraction is created to re-spark visitor’s interest, which backfires horribly.

The movie will be released in UK cinemas on 11th June 2015. Take a look at the new poster below: