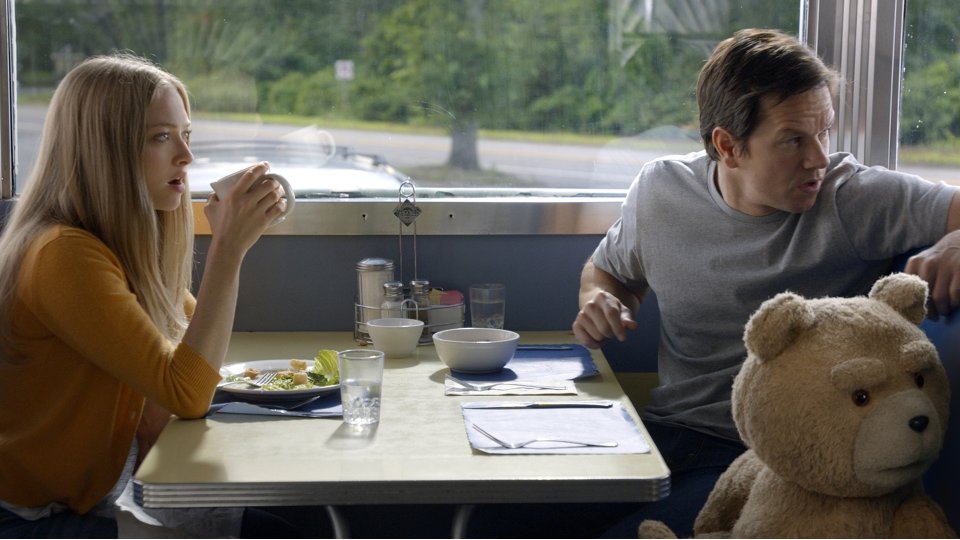 In Ted 2 newlywed couple Ted (Seth MacFarlane) and Tami-Lynn (Jessica Barth) want to have a baby, but in order to qualify to be a parent, Ted will have to prove he’s a person in a court of law. The newly released clip sees Ted and John (Mark Wahlberg) preparing for their trial with lawyer Samantha Jackson (Amanda Seyfried).

Of course the situation soon descends into farce when John and Ted get carried away using all the legal terms they know convinced that they could easily be lawyers. Their banter means Samantha doesn’t get a word in edgeways.

The sequel is directed by Seth MacFarlane who co-wrote the movie’s screenplay with Alec Sulkin & Wellesley Wild.

Advertisement. Scroll to continue reading.
In this article:Amanda Seyfried, Ted 2