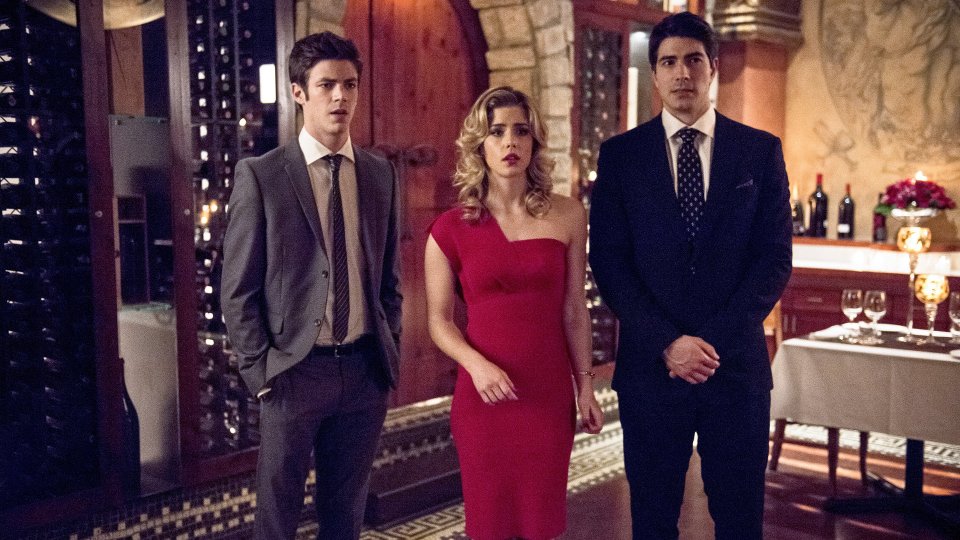 Mark Hamill reprised his role as James Jesse from the original The Flash TV series in the latest episode of The Flash.

Barry (Grant Gustin) and the team came up against a Trickster imposter called Axel Walker (Devon Graye) who turned out to be the son of Jesse James. The troublemaker broke his father out of prison and put Barry in a pickle when he strapped a bomb to him. Dr. Wells (Tom Cavanagh) coached Barry how to phase through objects so he didn’t explode.

Elsewhere in the episode Barry revealed to Eddie (Rick Cosnett) that he was The Flash, and we learned that Dr. Wells is the Reverse-Flash but there’s a twist; his body has been taken over Eobard Thawne (Matt Letscher) who seemingly killed the real Wells.

The next episode of the season is All Star Team Up. Starling City residents Felicity (Emily Bett Rickards) and Ray (Brandon Routh) help the team thwart a tech wizard armed with a swarm of robotic bees.