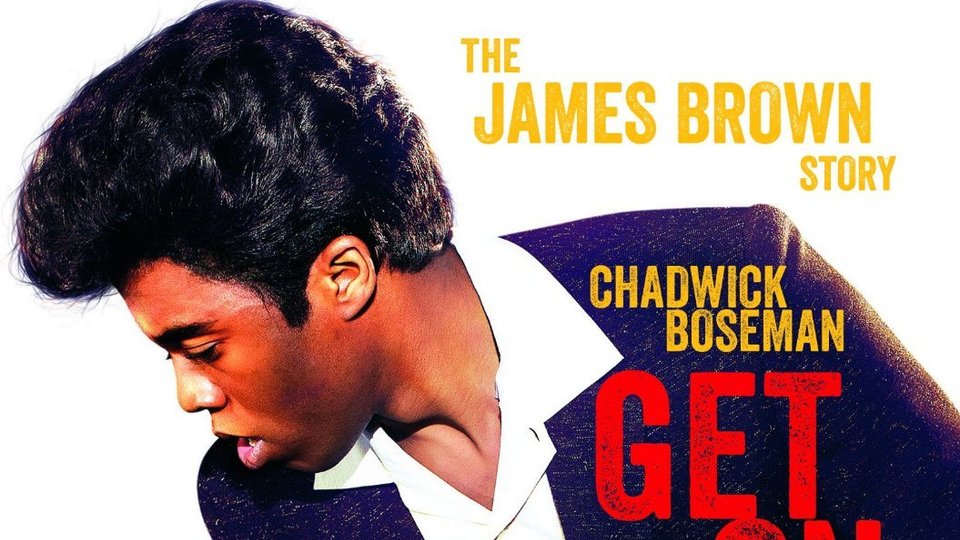 It’s a man’s world in this stunning new feature length biopic, inspired by the life of recording legend James Brown. Don’t skip a beat and catch all the electrifying action as Get On Up boogies its way onto Blu-ray and DVD – out now – from Universal Pictures (UK).

From Tate Taylor, director of the four-time Academy Award®-nominated blockbuster The Help and starring 42’s lead actor Chadwick Boseman as music icon James Brown, this funky little number will take you on a show-stopping ride through one man’s formidable career, including a closer look behind closed doors.

Based on the incredible life story of the Godfather of Soul, the film gives a fearless look inside the music, moves and moods of Brown, chronicling his journey from impoverished child to one of the most influential figures of the 20th century. Recipient of the Lifetime Achievement Grammy Award, producer of 83 million albums sold worldwide and Rolling Stone’s No. 7 greatest artist of all time, James Brown’s gripping life story is certainly a tantalising tale to tell.
Boseman is joined in the drama by Golden Globe nominee Viola Davis (Doubt, Prisoners) as Susie Brown, Oscar winner Octavia Spencer (The Help, Being John Malkovich) as Aunt Honey, Nelsan Ellis (The Butler, True Blood) as Bobby Byrd, BAFTA nominee Lennie James (Snatch, Colombiana) as Joe Brown and Oscar nominee Dan Aykroyd (Ghostbusters, Blues Brothers) as Manager Ben Bart.

Get up offa that thing and grab your copy of Get On Up on Blu-ray and DVD now.

To be in with a chance of winning Get On Up on DVD, just answer the question below.

Advertisement. Scroll to continue reading.
In this article:Competition, Get On Up, James Brown