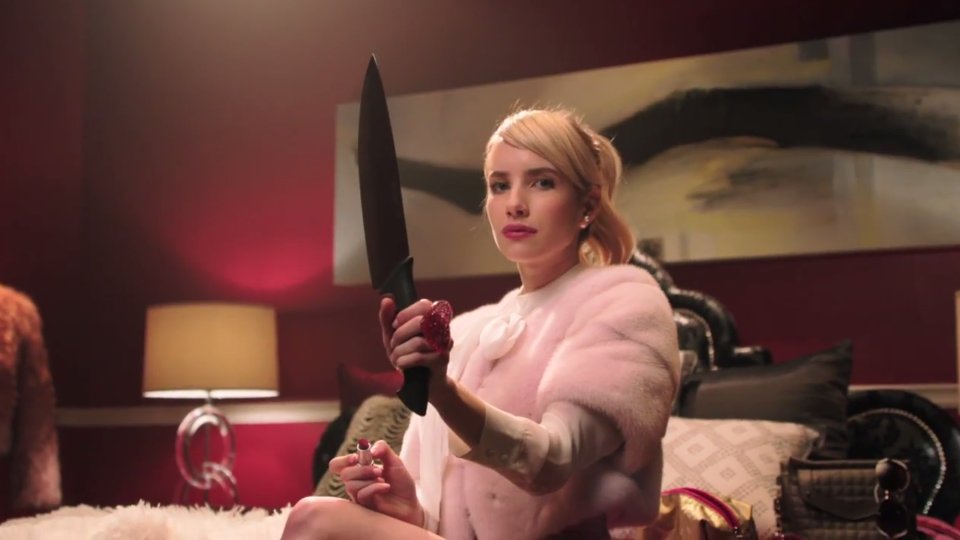 Featuring Emma Roberts, the new teaser sees the actress in her bedroom applying lipstick using a knife as her mirror. The teaser is the second to feature Roberts following the sorority house bubblegum teasers that also featured Keke Palmer.

Scream Queens is set to debut this autumn and boasts an all-star cast that includes Roberts, Jamie Lee Curtis, Lea Michele, Oliver Hudson, Keke Palmer, Abigail Breslin, Nick Jonas and Ariana Grande. The series will focus on a spate of murders on a college campus and promises to be a blend of comedy and horror.

Like Murphy’s other hit series American Horror Story, Scream Queens will be an anthology series with each season telling a different story and likely featuring some of the same cast members playing different roles.

Scream Queens will air on FOX in the US and in the UK.

In this article:Emma Roberts, Scream Queens