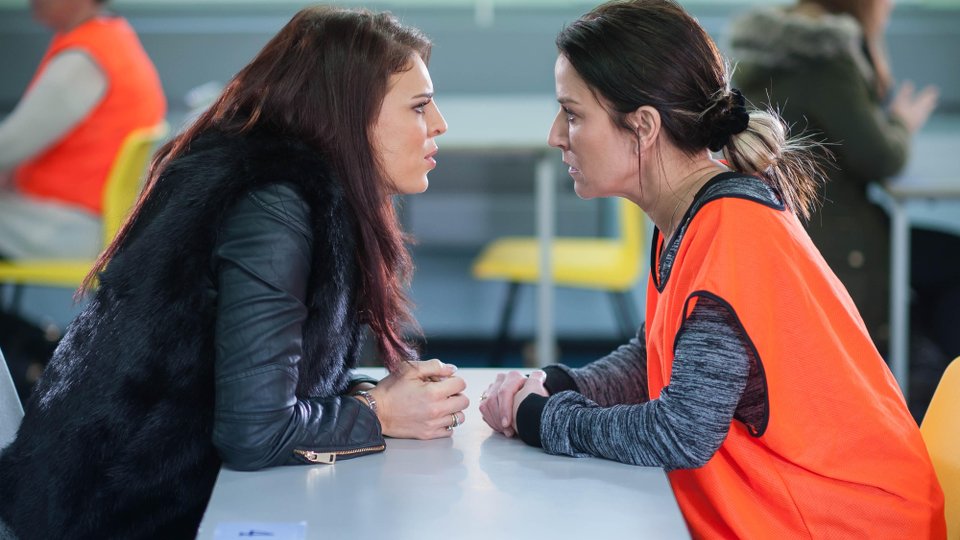 Hollyoaks is working with the NSPCC for an upcoming storyline set to raise awareness of child sexual abuse it has been revealed.

Revolving around the McQueen family, the plot will focus on mum Reenie (Zoe Lucker), her three daughters Porsche, Celine and Cleo and Reenie’s boyfriend Pete. Viewers will next week see Porsche (Twinnie-Lee Moore) reveal to her cousin, Phoebe that her mum’s boyfriend, Pete sexually assaulted her when she was aged 15.

It will emerge that despite finding the courage to tell her mum, Pete had then managed to persuade Reenie that her claims were false and that Porsche had in fact propositioned him. The event, which led to Porsche and her sisters leaving the family home, will be aired again in heated prison visiting scenes between Porsche and Reenie next week.

Hollyoaks has worked with the NSPCC from the inception of the storyline.

“Sexual abuse is a crime that rips apart families and I am very pleased with the way that Hollyoaks has thoughtfully approached an enormously emotive and challenging subject. Sexual abuse of children within families is disturbingly the most common form and the impact on victims is devastating, sometimes damaging them long into adulthood if they don’t get the right support.

“Children can stay silent for fear of what speaking out will do to the relationships they have with other members of the family. Abusers may cynically use this fear to keep children silent, leaving them suffering a daily nightmare. Its important children know that help is out there and they can move forward positively.”

NAPAC, which supports people who were abused in childhood, have also been involved in the researching of the storyline and scripts, in particular the effect of generational abuse within a family.

Dr Jon Bird, Operations manager for NAPAC said: “The Hollyoaks script team went to the trouble of contacting NAPAC as we are an organisation working with adult survivors of sexual abuse.

“It was very encouraging to know that they wanted to check the story line for being a realistic representation of some of the issues faced by adults who were abused during childhood.

“For us it is so important to explain how survivors of abuse can face many complex issues in their healing journey. We have been able to offer feed-back on the development of the story at different stages which has been listened to by the team.”

The storyline will kick-off on Hollyoaks next week airing at 6.30pm weeknights on Channel 4 and 7pm on E4.

Advertisement. Scroll to continue reading.
In this article:Hollyoaks