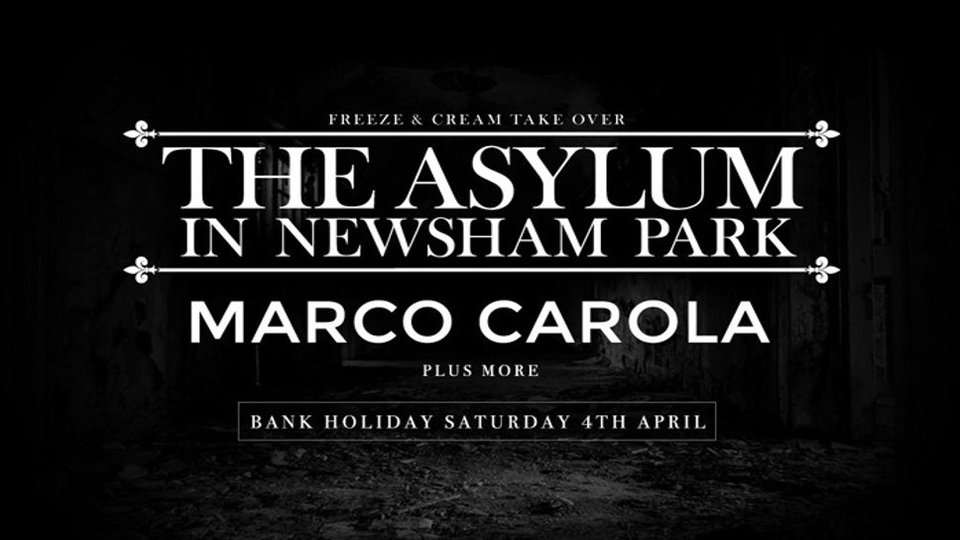 Freeze and Cream join forces for their new project, The Asylum. The event taking place during the bank holiday weekend at Newsham Park.

The inaugural event takes place on Saturday 4th April Bank Holiday at the old Newsham Park Hospital, an abandoned site where techno titan Marco Carola will lead the charge for an epic weekend spanning 16 hours across two shows, all with one ticket.

Part mini festival and part massive rave, The Asylum has got something for any avid dancer.

Founded as an orphanage in 1874, The Asylum was later converted for use as a hospital specialising in psychiatric illness, and many of the wards remain untouched since its closure in the 1990s. It looms forebodingly over Newsham Park and contains a labyrinth of dark corridors, dormitories and possibly haunted wards.

Headliner Marco Carola is regarded as one of techno music’s pioneers and ambassadors, from his continued residency on the party island of Ibiza to shows across the world. His notorious Music On parties and record label have become synonymous with cutting-edge music, delivered by a truly global star, who remains an icon in the underground scene. Marco is a more than fitting artist for the first Asylum show, with more acts soon to be revealed.

For your chance to win a pair of tickets for this event, just answer the movie question below.

Advertisement. Scroll to continue reading.
In this article:Competitions, The Asylum