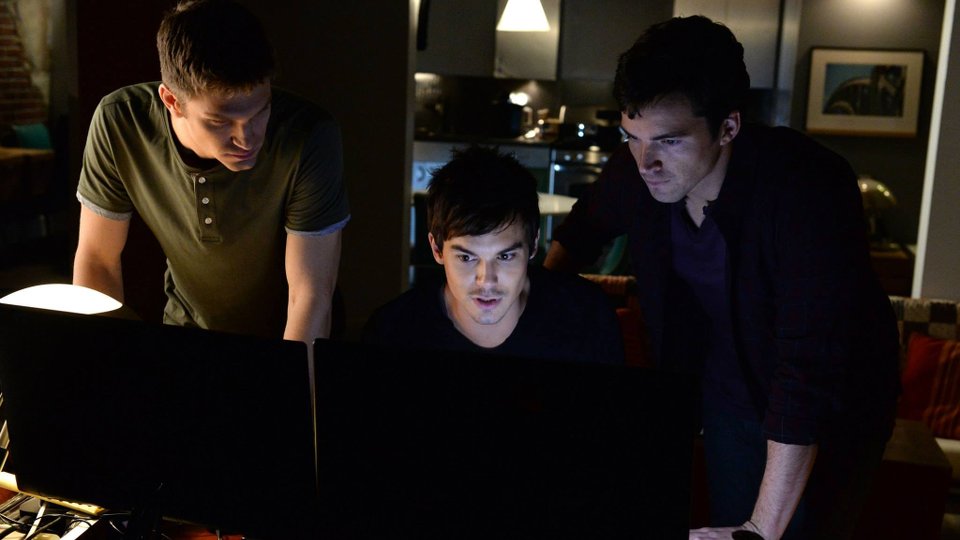 Pretty Little Liars is ready to deliver a heap of surprises with its fifth season finale in a matter of days.

In the penultimate episode of the season, Alison (Sasha Pieterse) was found guilty of Mona’s (Janel Parrish) murder and Aria (Lucy Hale), Spencer (Troian Bellisario) and Emily (Shay Mitchell) were arrested. That means all five of the girls are sporting orange jumpsuits and Hanna (Ashley Benson) will have some more company in jail.

Elsewhere in the episode Ezra (Ian Harding) and Caleb (Tyler Blackburn) were targeted by ‘A’ when they tried to find Mike (Cody Allen Christian), and Toby (Keegan Allen) and Spencer briefly reconciled.

“A” has always had fun playing with Aria, Emily, Hanna and Spencer, but now “they” have the biggest game to date in store for the girls. As shocking secrets come to light and the biggest clue to the “A” mystery is revealed, is this one plAydate the Liars can survive?

Cast your vote in our poll and tell us who you think A is.

Tune in to ABC Family at 8/7c Tuesday in the US and Netflix on Wednesday in the UK to see the season finale. Preview it with our gallery below: