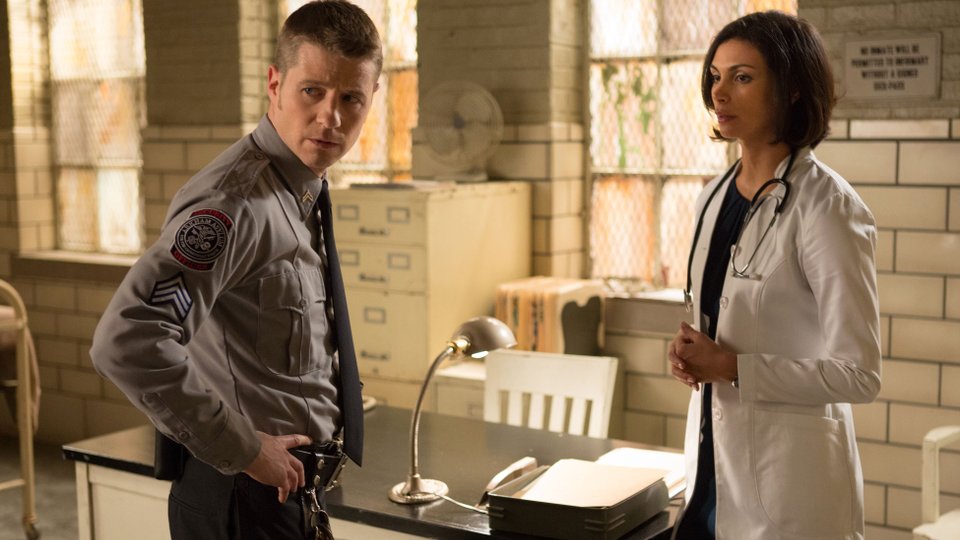 Gotham finally returns to Channel 5 in the UK on Monday picking up the show’s first season with a double bill.

When we last saw Jim Gordon (Ben McKenzie) was reassigned to Arkham Asylum after the murder of Lovecraft (Al Sapienza). Jim started to make headway in the murders of Bruce’s (David Mazouz) parents and Selina (Camren Bicondova) narrowly escaped a group of assassins.

In the first episode Rogue’s Gallery, Jim is demoted to warden at the Arkham Asylum where a highly-charged inmate is conducting some shocking experiments. The second episode What the Little Bird Told Him finds Jack Gruber and Aaron Danzing escape from Arkham Asylum and go on a rampage through Gotham.

Tune in to Channel 5 at 9pm on Monday to see both episodes. Preview them with our galleries and a clip below:

What the Little Bird Told Him