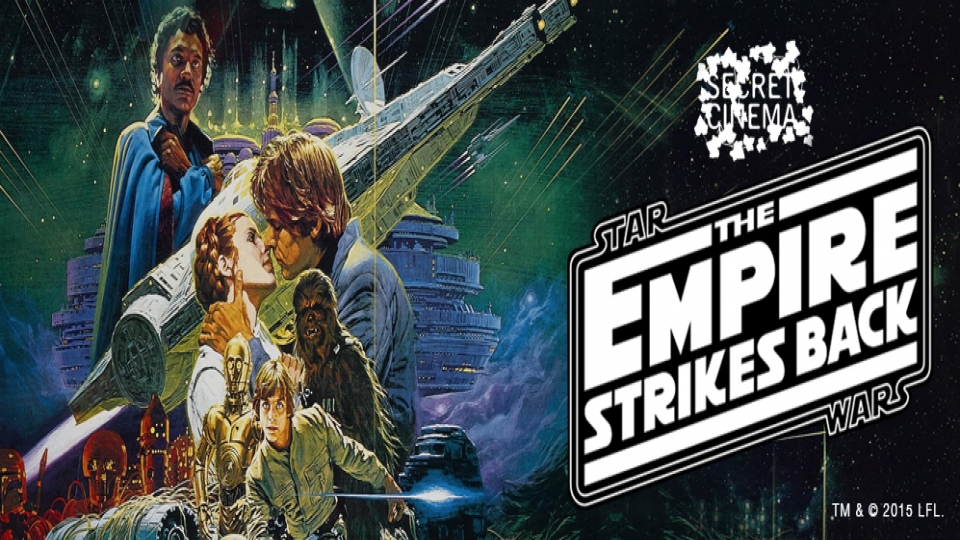 Last year Secret Cinema wowed audiences with a immersive, interactive film experience for the greatest film ever made – Back to the Future. Today Secret Cinema have announced that their latest project will be ‘Secret Cinema presents Star Wars: The Empire Strikes Back’. This will take place at a secret London location, beginning on June 4th 2015 for a large performance season with over 50 dates.

Check out our review of Secret Cinema: Back to the Future.

Audiences will be invited to journey through the world of Star Wars that will conclude with a presentation of Star Wars: The Empire Strikes Back. They will be transported into a richly detailed galactic space opera where they will become part of one of the most ambitious and dreamlike Secret Cinema experiences the UK has ever seen.

Secret Cinema is seeking rebels from around the world to join the Rebel Alliance and head to a Secret City, where they will become part of the world of Secret Cinema presents Star Wars: The Empire Strikes Back.

In Summer 2014, over 80,000 attended Secret Cinema’s Back to the Future event in the Olympic Park, London where the world of Hill Valley had been brought to life with 20 designated set areas, a replica of the iconic Town Hall, a life-size high school and Lou’s famous diner. The smash hit experience is set to transfer to Los Angeles in Autumn 2015 for a second successful run in celebration of the film’s 30th anniversary.

Tickets for Secret Cinema presents Star Wars: The Empire Strikes Back will be available from Wednesday 18th March, 1300 hours (www.secretcinema.org/tickets). After mass-demand caused the ticketing system into meltdown for Secret Cinema: Back to the Future, get ready for yet another ticketing frenzy!

For further info and to book tickets, check out the official website www.secretcinema.org/tickets