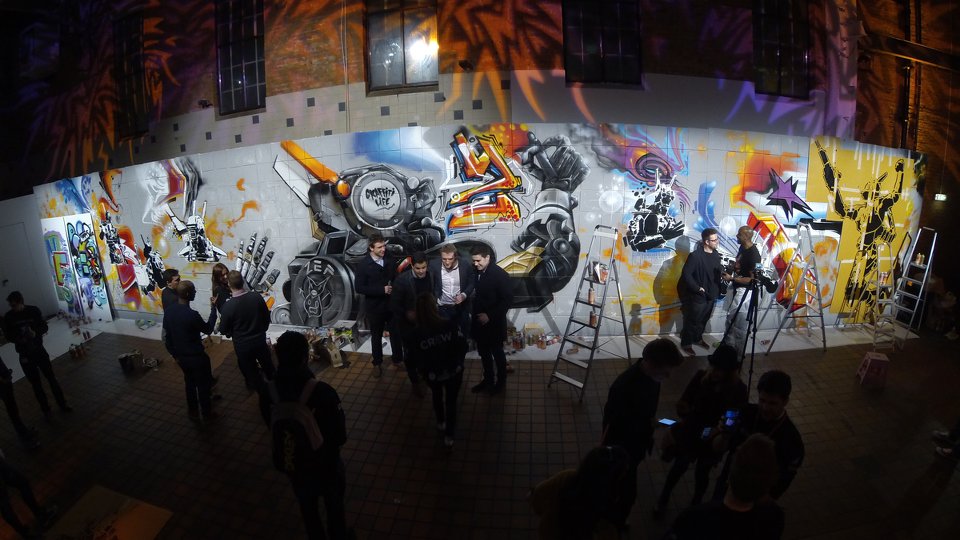 A timelapse video has been released for the recent Chappie stunt that saw YouTube influencers playing an integral part in producing Europe’s ‘largest shareable piece of artwork’ alongside London’s most influential Graffiti artists from Graffiti Life.

Sony Pictures and OMD hand-selected 12 influencers to take part in the stunt to celebrate the release of Chappie. These influencers had a combined video view count of over one billion, and met with director Neill Blomkamp on the morning of the event to see a screening of Chappie.

In the evening a 60 x 10 ft graffiti wall with iconic imagery from the movie was produced. The influencers helped paint large sections of the canvas in just 3 hours. Once complete the artwork was broken down into 600 unique pieces of artwork which were then shared amongst their fans and followers.

The whole event was live-stream by popular online gaming platform Twitch, with the influencers also taking part in a pop up gaming lounge where they played the eagerly anticipated EVOLVE with Twitch’s popular host Spamfish.

Watch the live event timelapse below: