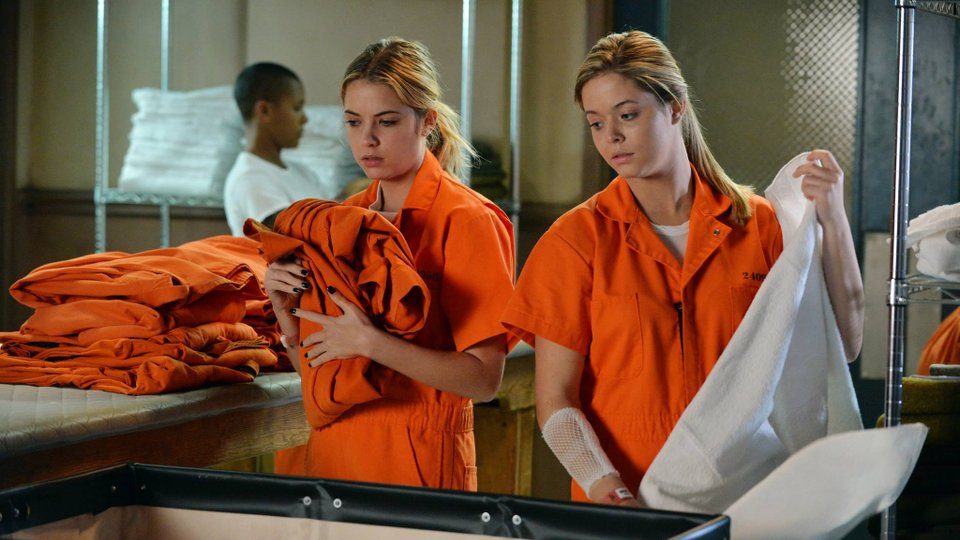 Hanna (Ashley Benson) found herself in jail with her frenemy Alison (Sasha Pieterse) in the latest episode of Pretty Little Liars.

A managed to frame Hanna after planting her blood on Mona’s (Janel Parrish) bloody clothes. Alison was offered a plea deal provided she named Hanna as her co-conspirator but eventually she did the right thing (for once) not that it helped Hanna.

Elsewhere in the episode Emily (Shay Mitchell) got some more clues to the identity of Varjak, Aria (Lucy Hale) and Ezra (Ian Harding) called it a day, and Spencer (Troian Bellisario) put her cares to one side whilst in London.

The next episode of the season is The Melody Lingers On. Alison’s trial is about to begin and the once-confident Queen Bee is not so confident about her fate, as testimony reveals not only her lies but the lies of those close to her. Meanwhile, Spencer, Aria, Emily and Caleb search for information to clear the imprisoned Hanna following a string of clues that might have been left by Mona or possibly planted by “A”.