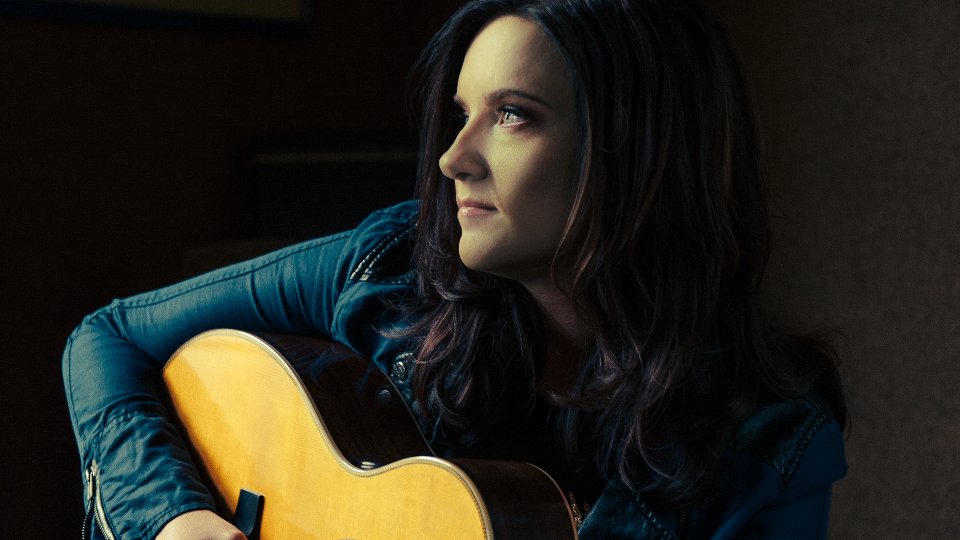 Singer-songwriter Brandy Clark may seem like a rising star but most country fans will know her music, if not her name. For the past 10 years Brandy has been writing for other artists and she’s been behind huge hits for stars such as Miranda Lambert (Mama’s Broken Heart) and Kacey Musgraves (Follow You Arrow). In 2013 she released her debut album 12 Stories making the transition from songwriter to performer, and yesterday she opened up Day 1 of C2C: Country To Country on the main stage.

Backed by a band and mostly armed with her acoustic guitar Brandy opened her set with the punchy Stripes, her first single release. Immediately she grabbed our attention with her powerful and distinctive voice. Over the course of her set Brandy performed selections from 12 Stories including the gorgeous Hold My Hand, the observational Take a Little Pill, and the ode to smoking weed Get High.

In the middle of her set she performed acoustic versions of two hits she penned for other artists; Better Dig Two (The Band Perry) and Mama’s Broken Heart (Miranda Lambert). Both of those songs have been massive hits in the US and are fan-favourites for the artists that recorded them. In Brandy’s hands she stripped them down allowing you to really hear the lyrics putting her own spin on them.

Brandy also took her set as an opportunity to sing a couple of tracks that will be included on her upcoming second album. The first was the rocky Broke, a song that livened up the C2C crowd, and the second was the emotive piano ballad You Can Come Over, a beautiful yet heart-breaking display of honesty about struggling to get over the end of a relationship.

At times she seemed overwhelmed with the reception she was getting and joked that more people in the UK likely heard her album 12 Stories than people in the US. What didn’t falter throughout the set was her powerful voice and Brandy certainly has incredible control. She understands how to use every nuance of her voice to draw out the emotion in her lyrics.

Brandy brought her set to a close with Hungover singing the virtues of getting on with life rather than drowning your sorrows. It was a fitting end to a strong set and served as a proper introduction for Brandy to UK audiences. With a second album on the horizon, we’re hoping to see more of Brandy on UK shores in months to come. Judging from the reception she received whilst opening C2C she has a captive audience ready and waiting.

In this article:Brandy Clark, C2C, Country to Country