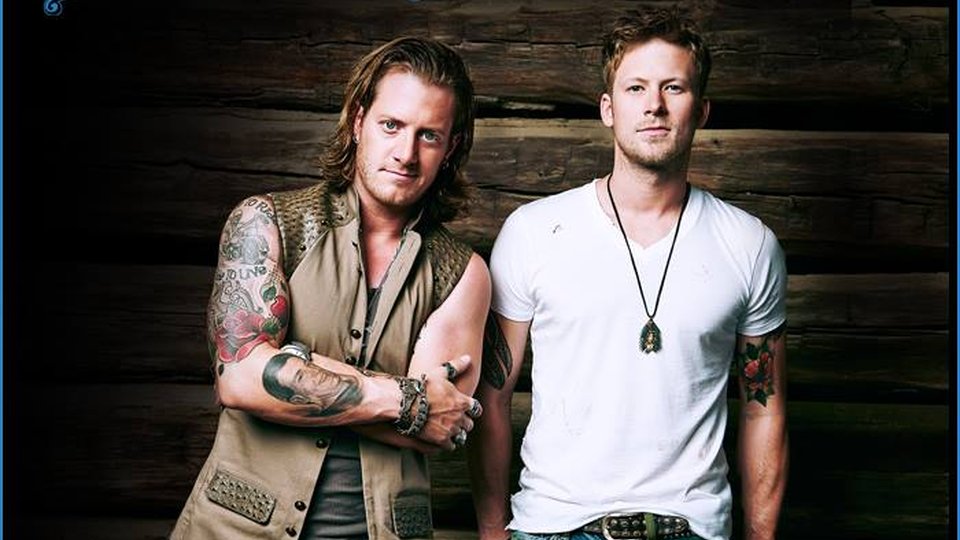 Florida Georgia Line – aka Tyler Hubbard and Brian Kelley – finally make their live debut in the UK as part of C2C: Country To Country 2015 today.

The duo recently re-issued their latest album Anything Goes ready for their live show at C2C and they are one of the biggest acts in Country music right now. Ahead of their performance later today (they play in the penultimate slot of the day), Brian and Tyler spoke with press.

Talking about what’s surprised them so far about the C2C tour Tyler admitted, ‘So far every single show we’ve played has been pleasantly surprising. The fans here are amazing and super passionate. They already know the songs. We didn’t know what to expect because this is our first time here.’

Discussing the importance of building a global fanbase and getting over to the UK Brian said, ‘I think it’s extremely important to get over here and get your music out to the fans. I can’t believe we’re over here. It’s a dream come true.’

Did they feel any pressure with Anything Goes given the success of their first album? Tyler explained, ‘We told each not to put any pressure on ourselves, do what we do and record the best songs possible. We kept our head down and continued to try and write better songs. That’s what we’ll be doing for album three. We feel very confident about (Anything Goes).’

Brian opened up about the start of Florida Georgia Line saying, ‘We started writing June 2009. The first song we wrote was ‘Your Country’. We knew we were better off together than separate. Country fans are so loyal and respectful. We just try to be transparent with our lyrics. We like to have a good time and we like to go deeper on some songs.’

Do they intend to push the boundaries of country music with their sound? Tyler said, ‘We make music we want to perform every night. Pushing boundaries isn’t our goal but if that happens great. Country evolves quickly. It feels good and it’s a great thing to be part of that.’