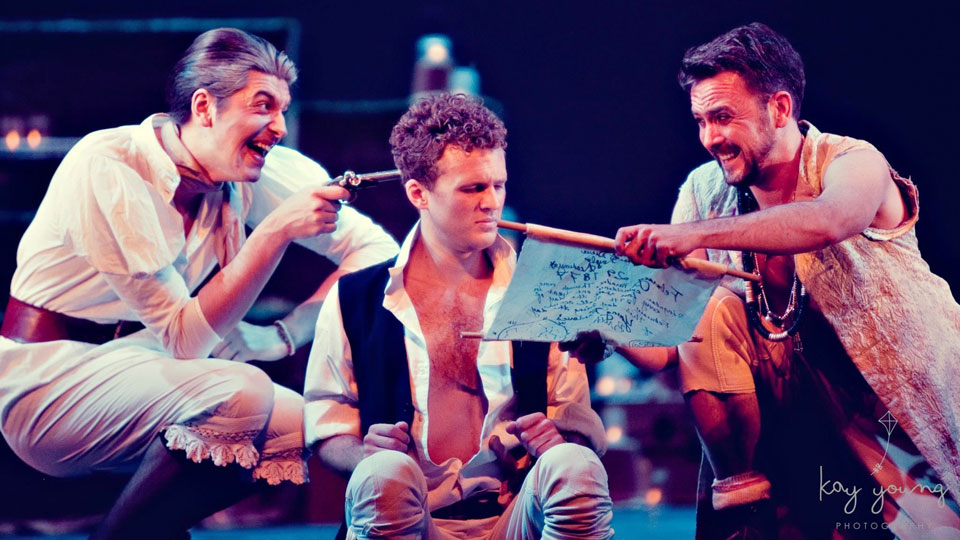 Originally seen at the Union Theatre in 2009, Sasha Regan’s acclaimed all-male production of Gilbert & Sullivan’s The Pirates of Penzance will return for its first UK Tour, opening at Richmond Theatre on Wednesday 15th April 2015.

A classic musical comedy of mistaken identity, The Pirates of Penzance follows young Frederic, a child apprenticed to a band of tender-hearted, orphaned pirates exploring the coastline in search of treasure and romance. It first opened in 1879 and was an immediate triumph for Gilbert and Sullivan, remaining to this day their most popular and successful collaboration. Now, Sasha Regan’s critically acclaimed all-male production, a fresh and exquisitely funny re-imagining of this much-loved classic, returns to set sail across the UK.

From its humble beginnings playing to 50 people under a railway arch at the Union Theatre in Southwark, The Pirates of Penzance went on to win the 2010 WhatsOnStage Award for Best Off West End Production, and play sell-out runs at Wilton’s Music Hall and Hackney Empire, before heading to Australia for a major national tour. The production now makes a welcome voyage home this Spring to tour the UK for the first time.

The Pirates of Penzance is directed by Sasha Regan.

In this article:2015 UK Tour, The Pirates of Penzance