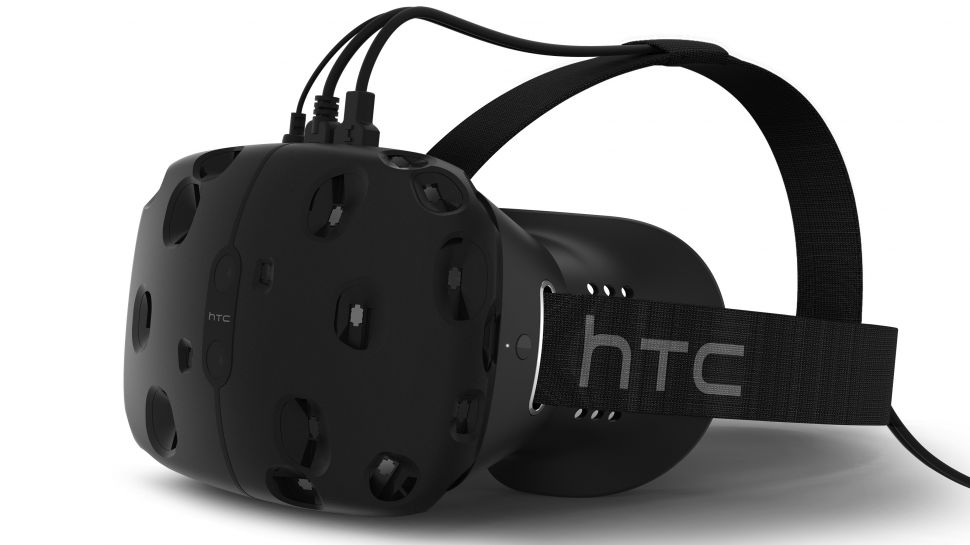 We’ve been hearing rumours of a gaming VR headset coming from Valve for a while now. Today at Mobile World Congress in Barcelona the rumours have become reality. HTC announced they are collaborating with Valve on a SteamVR headset called Vive.

Virtual Reality headsets are poised to be the next big thing since Facebook purchased the Oculus Rift. Sony are working on their own VR headset called Project Morpheus. Microsoft appear to be going in a different direction having recently shown off an early version of its augmented reality headset HoloLens.

The specs of the HTC Vive developer edition may change before the final release but already look impressive. The Vive features two 1200×1080 pixel screens with refresh rates of 90 frames per second. They claim this allows them to display photorealistic imagery that completely fills your field of vision.

Most importantly though is the claim that this setup allows them to eliminate the noticeable jitter seen with other VR headsets. This should result in an immersive experience without the nausea.

VR headsets work best with a decent set of headphones and some we’ve seen have these built in. The Vive features a headphone jack on the side allowing you to plug-in your favourite set.

The Vive is also said to have over 70 sensors including a gyrosensor, accelerometer and laser position sensor. These are able to precisely track the rotation of your head to an accuracy of 1/10th of a degree. This should allow you to look around VR environments with ease.

By pairing the Vive with Steam VR base stations you can also track your physical location in spaces up to 15 feet by 15 feet. This means you will be able to get up and walk around while using the Vive.

The Vive is also compatible with VR game controllers that you can hold in your hands to interact with virtual environments. These controllers can be tracked in space.

While there is a strong focus on gaming the Vive will also be capable of other forms of entertainment. HTC mentioned other content partners such as HBO, Lionsgate and Google.

HTC are currently promising a Spring release for the developer version of the Vive with the first consumer units targeting the end of 2015. We’re expecting to hear more about Vive from Valve at this year’s Game Developers Conference next week.

Check out the official HTC Vive website for more information.