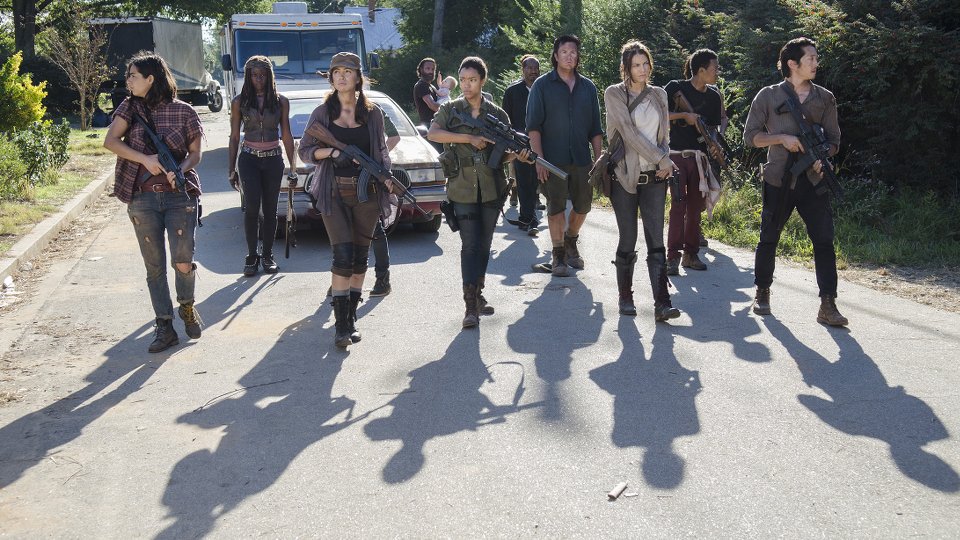 Rick Grimes (Andrew Lincoln) and his fellow survivors were suspicious when newcomer Aaron (Ross Marquand) located them in the latest episode of The Walking Dead.

Aaron assured the group that he was attempting to recruit them to join his community where they would be safe. The survivors were split about whether or not to trust him causing a few arguments and leading to a violent outburst from Rick. Even though Rick didn’t trust Aaron, he decided to support the rest of the group when they opted to visit Aaron’s community.

At the end of the episode they arrived at the Alexandria Safe Zone but is the place really as safe as Aaron says? We highly doubt it!

The next episode of the season is Remember. Moulding into a new lifestyle is proving difficult for the group. Has life on the road proven too treacherous to go back to who they once were?