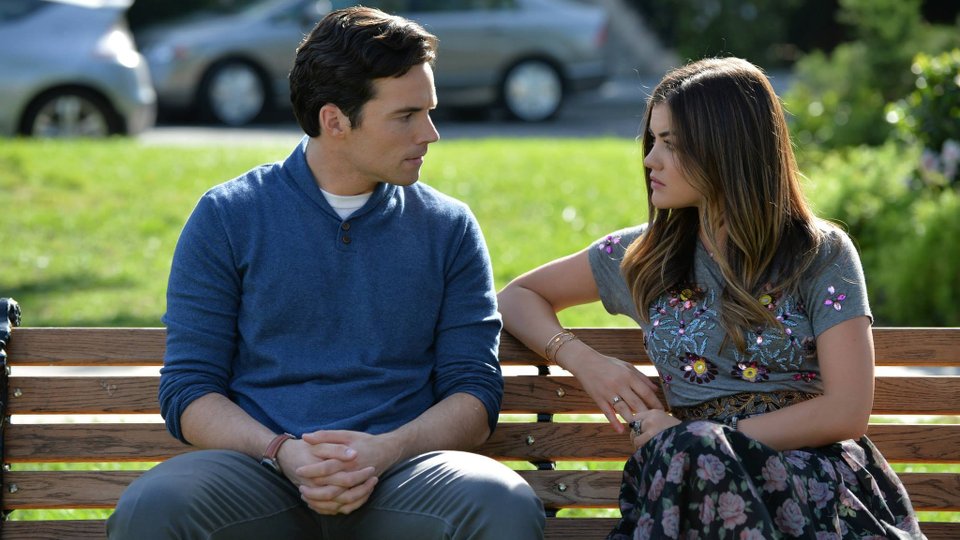 Pretty Little Liars is hurtling towards its fifth season finale and we’re being teased that A will finally be revealed.

In the latest episode of the season, Spencer (Troian Bellisario) found out that you can’t get away from A no matter where you go when blood was planted in her bag during a trip to London for a college interview. Elsewhere Aria (Lucy Hale) and Hanna (Ashley Benson) got another clue that might help them find out who A is, Alison (Sasha Pieterse) was visited in jail by all of her friends, and Emily (Shay Mitchell) was told that her ties to Ali may mean she can’t enter the pageant.

This week’s episode, To Plea or Not to Plea, Aria, Emily and Hanna keep looking for a way to prove Ali’s innocence without incriminating Mike. But when the D.A. proposes a plea bargain agreement for Ali that includes naming one of the PLLs as her accomplice, the girls intensify their search – not only to save Ali but to save themselves. Will Ali stick by her story of innocence, or will she give up one of the PLLs to save her own skin?

Tune in to ABC Family on Tuesday at 8/7c in the US and Netflix on Wednesday in the UK to see the episode.