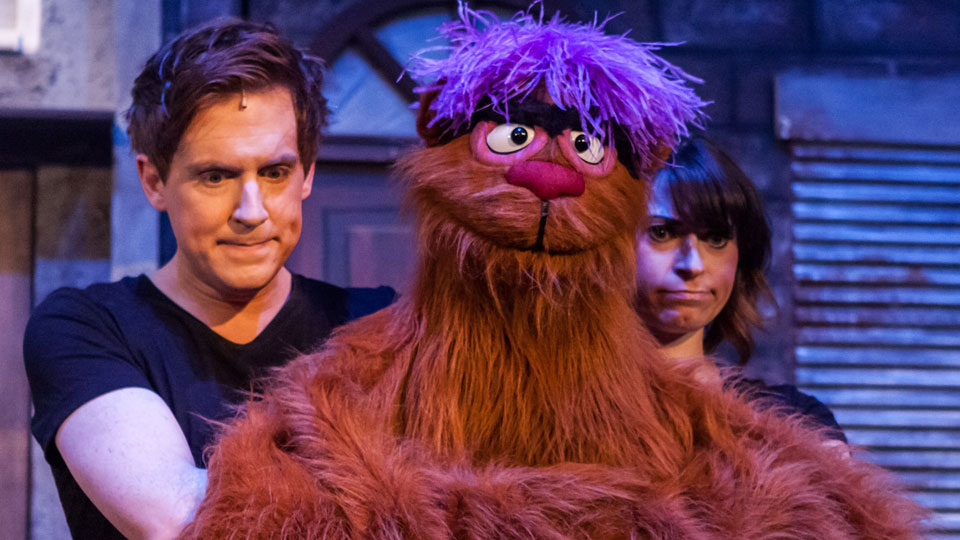 Casting and further dates are announced for award-winning comedy musical Avenue Q, which will bring a host of fuzzy friends to theatres across the country in a new 2015/16 UK Tour. A smash hit on Broadway, in the West End and most recently in a critically-acclaimed 2014 UK Tour, Avenue Q opens at the Mercury Theatre, Colchester on Wednesday 22nd April 2015.

The tour is also extended to include new dates in Windsor, Chesterfield, Gravesend, Bristol, Liverpool, Wimbledon and Milton Keynes, with further dates for 2016 to be announced.

Featuring the naughtiest puppets in town, brought hilariously to life by an ensemble cast of 11 performers, Avenue Q is a Tony Award-winning musical about growing up, dreaming big, and finding your purpose in life.

Avenue Q is produced by Sell a Door Theatre Company, who first presented this new production in a six-month tour in 2014.

See www.AvenueQUK.com for more details and to book.