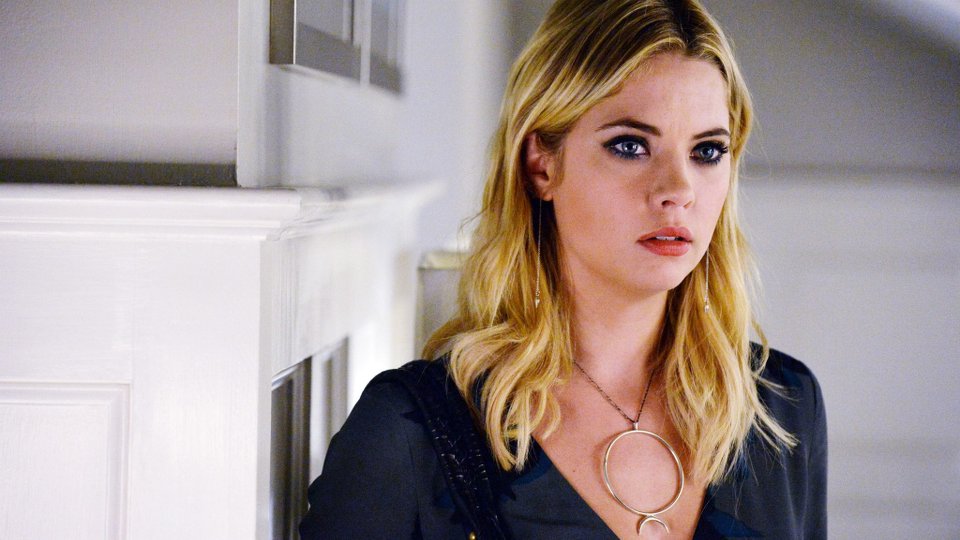 Pretty Little Liars is nearing the end of its fifth season and the season finale promises to finally unmask A.

In the latest episode of the season, Bloody Hell, the liars visited Alison (Sasha Pieterse) in prison and admitted that they knew she was innocent. Aria (Lucy Hale) was determined to find a way of preventing Mike (Cody Allen Christian) from facing charges after he with held information about Mona’s (Janel Parrish) death that would have given Ali an alibi.

Elsewhere in the episode Spencer (Troian Bellisario) went to London for a college interview but A still toyed with her, Emily (Shay Mitchell) let Talia (Miranda Rae Mayo) move in with her, and Hanna (Ashley Benson) and Aria got another clue in the mystery of A. Read our full recap of Bloody Hell.

The next episode of the season is To Plea or Not to Plea. Aria, Emily and Hanna keep looking for a way to prove Ali’s innocence without incriminating Mike. But when the D.A. proposes a plea bargain agreement for Ali that includes naming one of the PLLs as her accomplice, the girls intensify their search – not only to save Ali but to save themselves. Will Ali stick by her story of innocence, or will she give up one of the PLLs to save her own skin?

Tune in to ABC Family at 8/7c on Tuesday in the US and Netflix Wednesday in the UK to see the episode. Preview it with our gallery below: