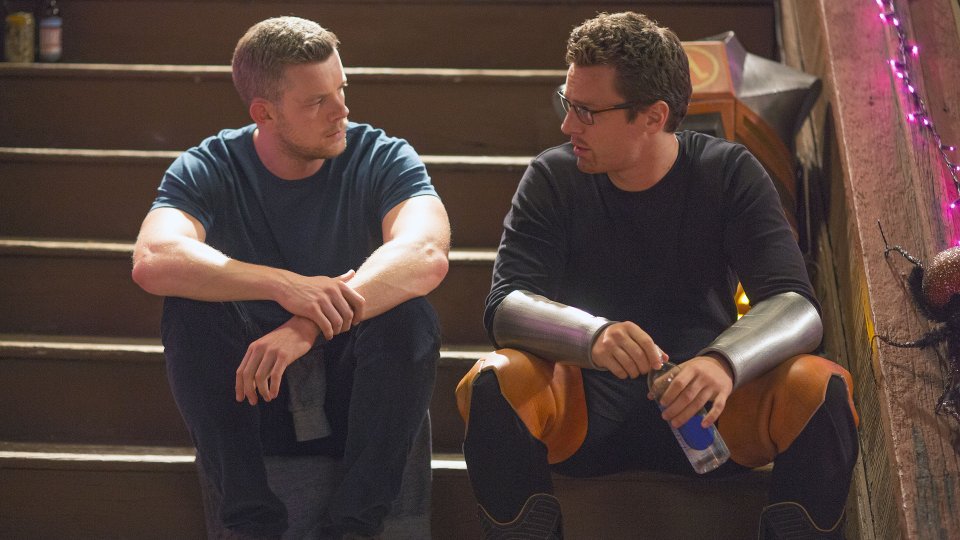 Patrick (Jonathan Groff) and Richie (Raul Castillo) seem to be reconnecting if the latest episode of Looking is anything to go by.

Following his decision to end his relationship with Kevin (Russell Tovey), Patrick volunteered to help Richie by driving an ice-truck and taking him back to his home town. During the trip Patrick revealed the truth about the end of their relationship and Richie admitted he wanted to see if the two could still be friends.

Elsewhere in the episode Agustin (Frankie J. Alvarez) visited Eddie (Daniel Franzese) who was faking being sick. After spending the day together Agustin made a move on Eddie which was reciprocated.

The next episode of the season is Looking for Gordon Freeman. Patrick tries to be a ‘fun gay’ by throwing a Halloween party, and Eddie applies the brakes to his relationship with Agustin.

Tune in to Sky Atlantic HD at 10.30pm on Thursday to see the episode. Preview it with our gallery below: