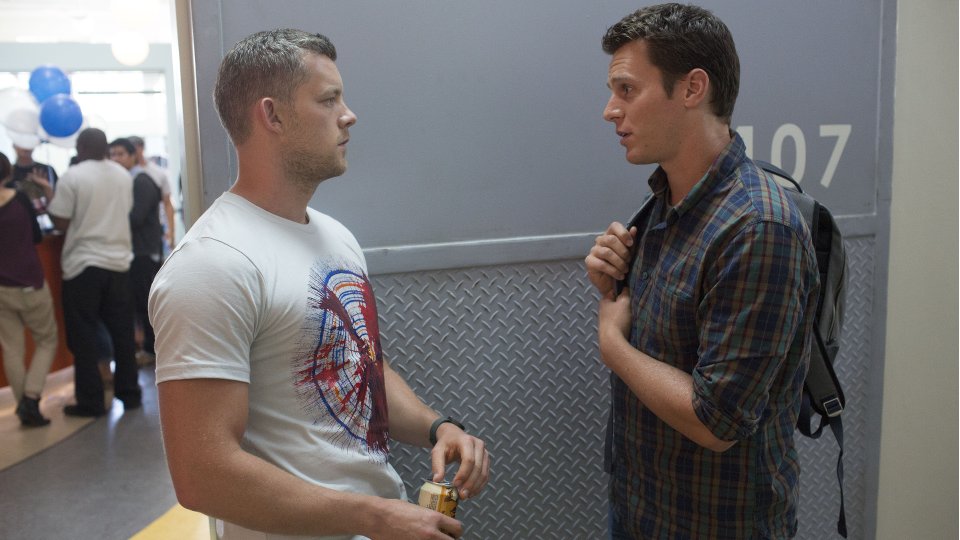 Is Patrick (Jonathan Groff) about to complicate his life even further in Looking?

The latest episode of the season saw Patrick trying to reconnect with Richie (Raul Castillo) after questioning his relationship with Kevin (Russell Tovey). What caused the doubt? Seeing Kevin with his boyfriend at the Farmers’ Market.

Elsewhere in the episode Agustin (Frankie J. Alvarez) spent a day at the shelter with Eddie (Daniel Franzese), Doris (Lauren Weedman) helped Dom (Murray Bartlett) set up a Kickstarter for his new restaurant, and Lynn (Scott Bakula) laid out some surprising truth about his relationship with Dom.

The next episode of the season is Looking for Truth. Patrick accompanies ex Richie on a trip to his hometown of San Leandro, and Agustin takes his friendship with Eddie to the next level.

Tune in to Sky Atlantic HD at 10.35pm tonight to see the episode. Preview the episode with our gallery below: