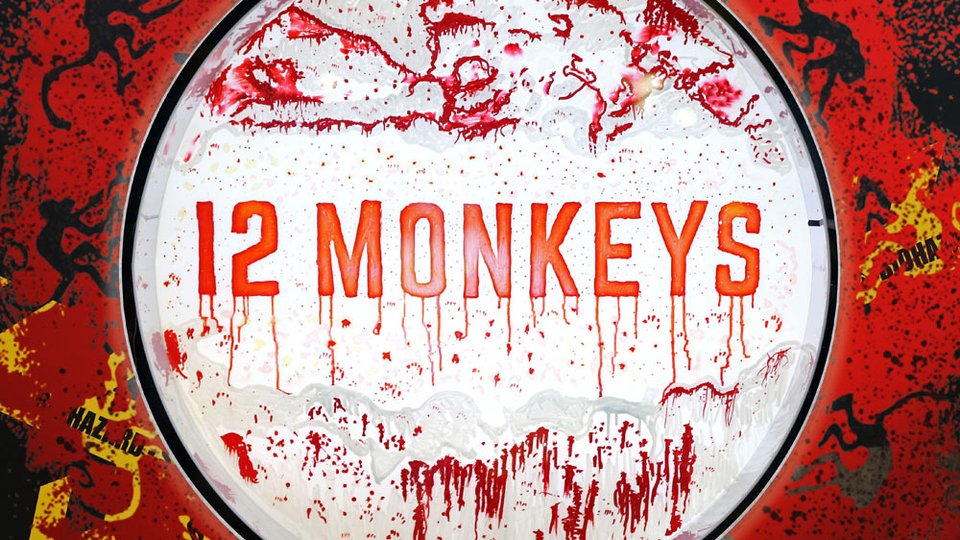 Commuters have noticed a giant petri-dish in London’s Waterloo Station this week.

Containing billions of fast-growing harmless bacteria, the unique bacteria billboard has been created to promote new Syfy series 12 Monkeys which kicks off at 9pm on Friday. Commuters have been bemused by the petri-dish since it appeared overnight on Sunday.

Beginning to emerge is a cryptic symbol, comprised of bacteria, fungi and slime. With varying speeds of development, the evolving display plays into the theme of the series’ fictional fast-spreading “kalavirus.” This literal “viral” marketing billboard stunt is the first of its kind in Europe as bacteria, slime and fungi are being cultivated in order to slowly unveil the red colouring and texture of the 12 Monkeys logo.

12 Monkeys is inspired by the Golden Globe award-winning 1995 film of the same name. It stars Aaron Stanford (Nikita) as time-traveller, Cole, who utilises a dangerous and untested method of time travel to journey from a decimated future in 2043 to the present day on a mission to save the human race from an imminent deadly plague. The series also stars Amanda Schull (Suits), Kirk Acevedo (The Walking Dead), Barbara Sukowa and Noah Bean (Damages).

12 Monkeys will premiere in the UK on Syfy on Friday 27 February at 9 pm. See some photos and video of the stunt below:

Advertisement. Scroll to continue reading.
In this article:12 Monkeys