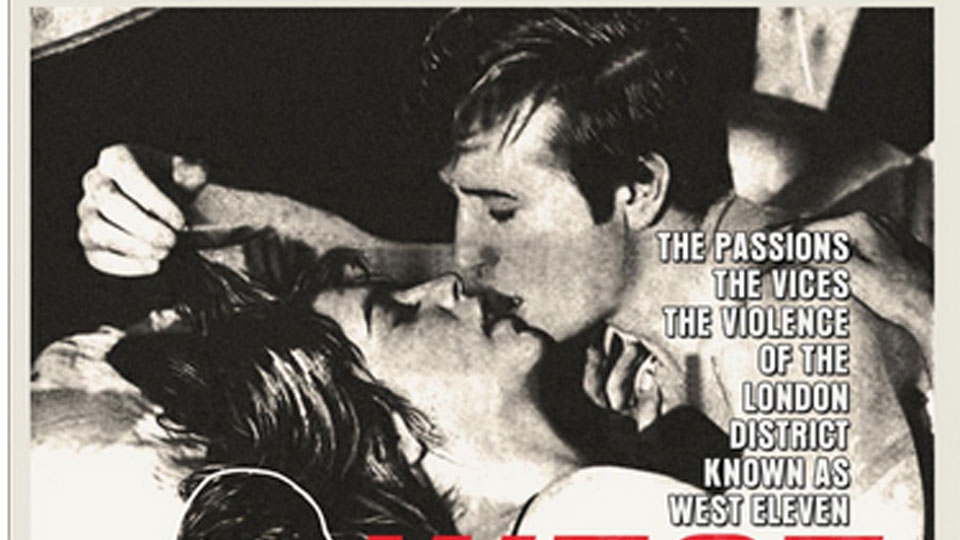 The title West 11 is taken from the first part of the postcode of the Notting Hill area of London in which this British movie is set. Yet rather than being populated by rich Hugh Grant-alikes, the area was shabby chic and the houses separated into bedsits owned by austere landladies during the era the film was made. Michael Winner’s production accurately captures the decay and bleakness of W11 in 1963, helped along the way by Stanley Black’s sleazy jazz score and Otto Heller’s superb cinematography (both of which add enormously to the success of the film).

Alfred Lynch plays Joe Beckett, who falls into the tradition of the angry young man of kitchen sink dramas of the 50s and 60s. Joe has moved to London but is too anti-establishment to stick any job for long, always falling behind on his rent and seeking solace in the hedonism of night clubs, girls and drink. When his eccentric friend, Colonel Dyce (Eric Portman) offers him a way out, Joe is tempted, even though the alternative means becoming a murderer. However, the murder Dyce has in mind is surely the perfect crime…

West 11 never quite resolves what it wants to be. It partially belongs to the kitchen sink tradition alongside the likes of This Sporting Life (made around the same time), but it later abandons that in favour of being a modern retelling of Crime and Punishment. Where it succeeds is in the performances. Alfred Lynch (Manhunt), who later in his career became underused, is excellent as Joe Beckett, ably conveying his inner torment and disappointment with life. Eric Portman’s edgy Colonel Dyce neatly contrasts, and he’s in turns funny and sinister as the bluff and amoral military man. There are terrific supporting performances from Diana Dors, playing strongly to type as a seductive blond; and Finlay Currie (Madwich in David Lean’s definitive screen adaptation of Great Expectations) as an eccentric old man who has dedicated his life to a fruitless search for the truth. Eagle-eyed viewers may spot an uncredited David Hemmings (a few years before he hit the big time) as a young thug intimidating Finlay Currie outside his house. Other notable cameos include Brian Wilde (Porridge) as a racist speaker and Patrick Wymark as a Catholic priest.

There’s a lot to like about the movie. It was adapted from a novel by the ever-reliable writing team of Willis Hall and Keith Waterhouse, and the dialogue is always credible even if the actual plot never fully convinces. West 11 is a 1960s near-gem that is hidden perhaps by works of slightly greater artistic merit. Alfred Lynch, excellent playing a troubled young man, could have been another Tom Courtenay (star of Keith Waterhouse’s Billy Liar). The fact that he didn’t quite reach those heights is a fair reflection of this film, which he carries with great charm and charisma. It’s  good, without enough to become great. The much- and unfairly-maligned Michael Winner deserves credit for his direction too. He has a good handle on the story and enough flair to keep your interest. This is Winner at his best.

A welcome extra is a few extended scenes – a rarity for a film of its age – as well as the customary trailer and galleries. The picture quality is excellent, looking sharp and clean even on DVD. It’s presented in 4:3 ratio.

West 11 is released as part of Network’s The British Film Collection.